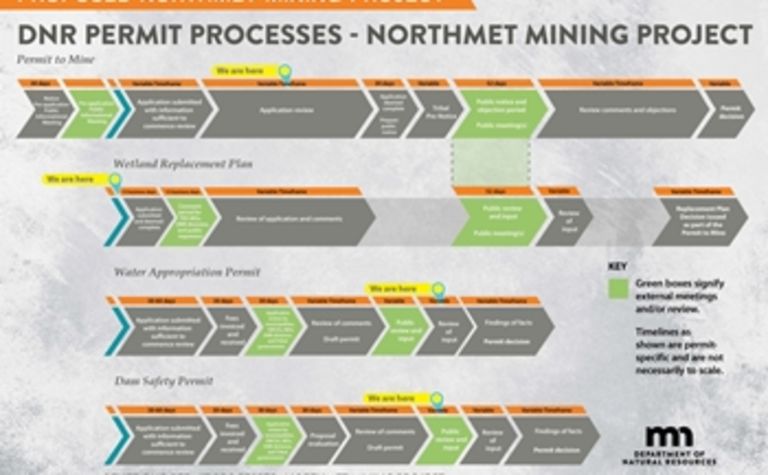 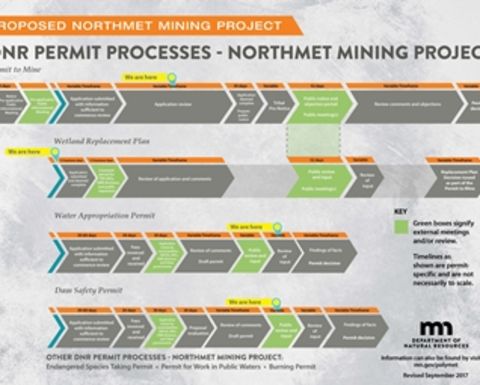 PRESS RELEASE: The permits for the proposed mine near Hoyt Lakes in northeastern Minnesota include a first draft dam safety permit, which includes the site’s planned flotation tailings basin to be located on the site of its existing tailings basin historically used by the LTV iron ore mine.

The applications were first submitted to the agency in July 2016. Since then, the company has retained consultant Emmons Olivier Resources and global geotechnical dam safety experts to assess the design, construction, operation and maintenance of the planned dams.

Comments on the permits can be submitted through October 16 via email or by mail to the Minnesota Department of Natural Resources in St. Paul. Commenters should include the words “NorthMet Dam Safety” or “NorthMet Public Waters” in the title of their comment emails or letters.

The permits can be viewed here

In addition to the newest permits, PolyMet still needs another nine DNR permits, as well as several other state, federal and local permits and approvals.