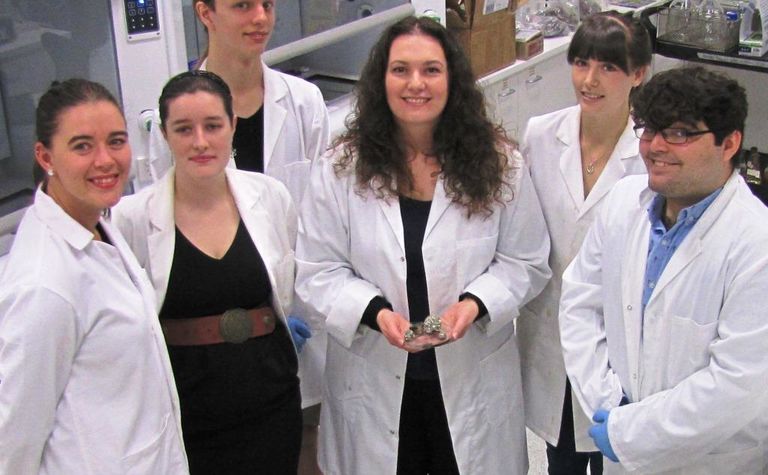 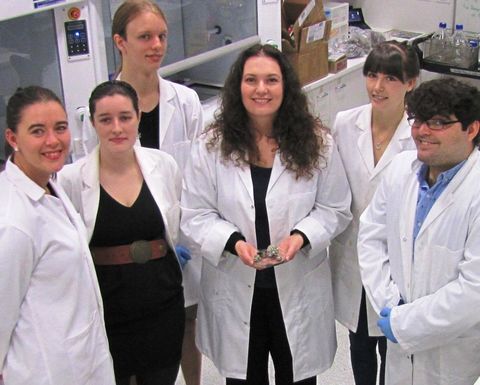 Associate professor Sarah Harmer said the next stage of the new technique called bio-flotation would involve scaling up to larger and more complicated experiments.

"At the moment we're mixing together pure minerals of known quantities and purity and studying the effects."

Harmer said making the technology cost-effective on a large scale for commercial use in the mining industry would be crucial.

"That's what has really slowed the adaption of using microbes and different types of bacteria for minerals processing. They've only been done on a small scale in the past due to the cost," she added.

"It's what they [mining companies] consider blue sky research, so we need to upscale a little bit more before we actually do it together and that's the next step.

"This has the potential to be scaled up to one day replace toxic chemicals such as cyanide and xanthates now used to separate the minerals from ore in the early froth flotation phase of processing."

Toxic by-products from mining and ore processing continue to plague the mining industry - and the environment. Every year large volumes of heavy metals and toxic chemicals leach into soil, groundwater and rivers from mining company operations.

For the first time, Harmer's team at Flinders School of Chemical and Physical Sciences has used high-tech X-ray imaging and micro-spectroscopic methods at synchrotrons overseas to study the distribution of chemical species responsible for the selective attachment of bacteria and the separation of minerals.

They have also used the extreme light beams of the Australian Synchotron and synchrotrons overseas to identify the chemical mechanisms of bioleaching of chalcopyrite, or copper ore, using soft and hard X-ray spectroscopies.

The company is working with Colorado-based Hazen Research to conduct the programme.