Petro-lithium company E3 Metals, which is developing a new source of lithium from reservoirs associated with oil and gas production, has completed metallurgical tests of its proprietary concentration technology on lithium-enriched Leduc Formation water from the Exshaw West project area in Alberta, Canada 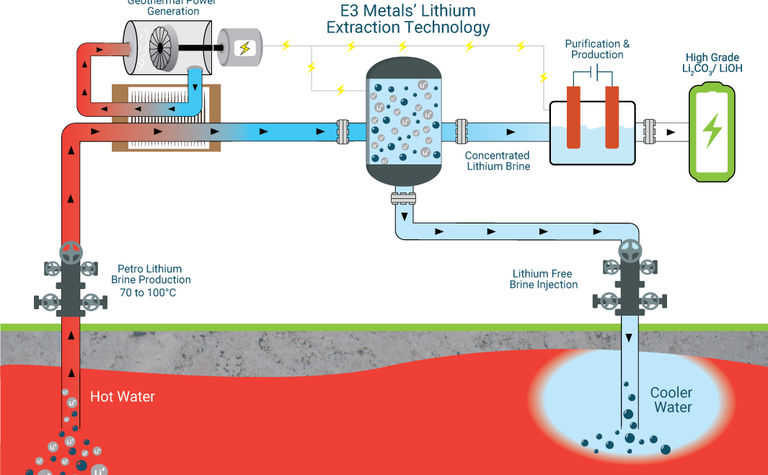 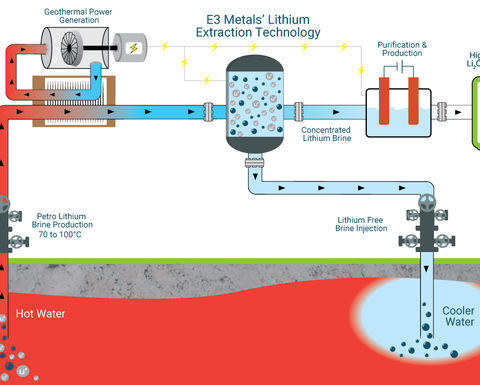 The testing produced a lithium concentrate of up to 1,206mg/L, a concentration factor of 16 times.

The process was also successful in removing up to 99% of the critical metal impurities while demonstrating lithium recoveries as high as 81%. The entire concentration process was achieved in less than three hours.

Building on the results from this recent metallurgical test work, E3 Metals will work to optimise and scale-up its concentration technology to further improve the lithium concentration and recovery performance.

With high porosity and permeability, the Leduc Formation has demonstrated the ability to deliver high volumes of hot (70 to 100º C) brine. With extensive oil and gas infrastructure (including disposal wells, production sites and pipelines) and a mature regulatory regime, Alberta is an attractive jurisdiction for petro-lithium development.

"Development of a simple and effective brine concentration process, which significantly reduces impurities, positions us to begin work on proving the economic and technical viability of the company's large Alberta petro-lithium resource."

Development partner pulls out due to "resource and capital allocation considerations".