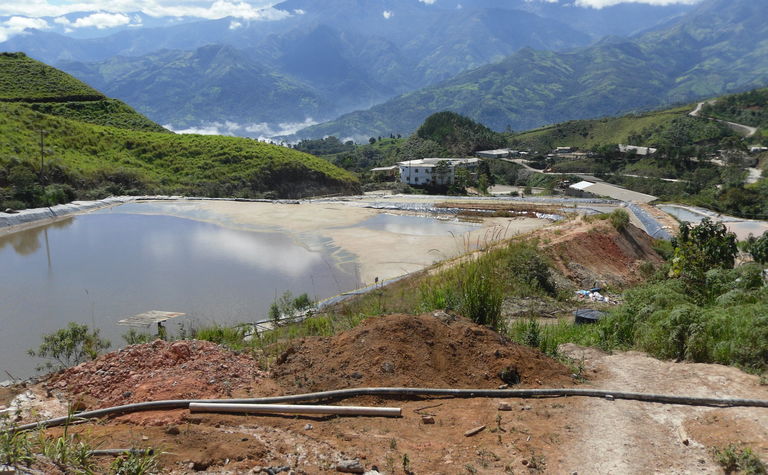 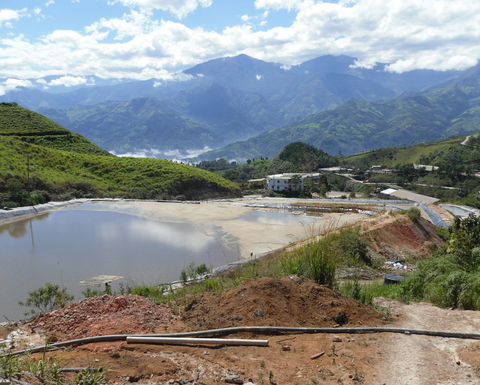 BacTech and Laurentian University have run bioleach test programmes on material from Ecuador, including tailings

A visit that coincided with the annual Expominas Convention in Quito in late April provided an opportunity for management of BacTech to identify and secure arsenopyrite concentrate samples for bioleach work to be conducted at Laurentian University under the direction of the company's Dr Paul Miller.

It is anticipated that samples totalling approximately 35kg of arsenopyrite concentrate will be secured from two mines in an area that historically have produced very high levels of arsenic associated with gold.

The sample collection should take place in early June and will be carried out by MSA Labs of Vancouver, Canada. MSA will also be tasked with providing assays for the samples as well as a 35 element ICP scan for metallurgical data. A standard bioleach test programme will take six months to complete.

In Ecuador, high arsenic concentrates are sold mostly to buyers in Asia with severe penalties applied to the sales price. It is not uncommon for concentrates with up to 15% arsenic to be sold for as little as 50% of the gold content with no compensation for any related silver or copper.

Bioleaching provides a hydrometallurgical solution to processing these ‘dirty' concentrates, as any associated arsenic is produced as a ferric arsenate, meeting US Environmental Protection Agency (EPA) or local equivalent environmental regulations for management.

Producers of high arsenic concentrates are constantly searching for an inexpensive means of processing their material, but this has proven to be very difficult given the global restrictions on treating concentrates high in arsenic. Smelter and/or roasters have severe limitations on the amount of arsenic that can be burned as the off-gas is a very toxic arsenic trioxide which is collected and stored. The Giant mine in Yellowknife, Canada is a good example of the long-term effects of burning arsenopyrite as there remains some 250,000t of this material stored underground waiting for a disposal solution. In this instance the estimated cost to rectify the mine site and the associated arsenic is estimated to cost the taxpayers of Canada C$1 billion (US$740 million).

Over the past year, BacTech and Laurentian University have run two separate bioleach test programmes on three different types of material from Ecuador, namely ore, concentrate and tailings. Results of the first programme confirmed the ability of bioleaching to produce and stabilise over 99% of the contained arsenic in the material. Arsenic values in several of the samples reached as high as 17%.

The second test programme was designed to focus on different pulp densities which in turn will provide expected gold percentage recovery. These final results will be released shortly pending assay by an independent laboratory. The upcoming bioleach work will focus on concentrate from two separate mines from the same area. Should the test work results conform to historic results on similar materials treated by BacTech, the company will move to negotiate a secure feed by paying a higher price per tonne of concentrate than what is received today. The material will be the base feed for what is initially expected to be a 40t/d bioleach plant in the area.

BacTech stated that a local bioleach circuit would provide many benefits to Ecuador and the affected area of the plant. Instead of exporting raw material for processing, the plant will allow for local job creation, increased taxes generated locally and federally and the knowledge that arsenic associated with gold production in the area is being dealt with in a sustainable manner.

There are many arsenic gold mines in the area, and it is expected that over time the amount of arsenopyrite concentrate that is produced locally will continue to grow allowing for modular expansion of the original bioleach plant to handle the increase in feeds.

Ross Orr, president and CEO of BacTech, said: "We are very excited about starting this new venture. The support we have received from the Ministry of the Environment has been great as it helps to open doors for us in the country. These two particular mines are part of a much larger community of mines in the area. It is not unreasonable to expect that if we build the plant, that others will come forward to supply concentrates for local processing. The key is getting the commitment to a secure feed so we can finance the project."