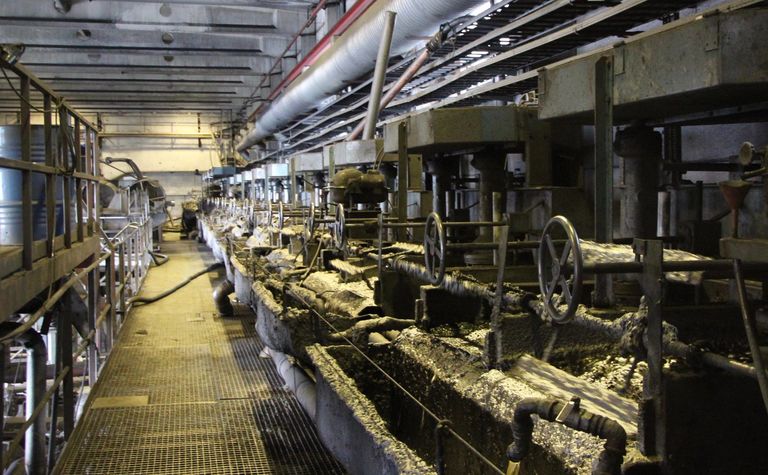 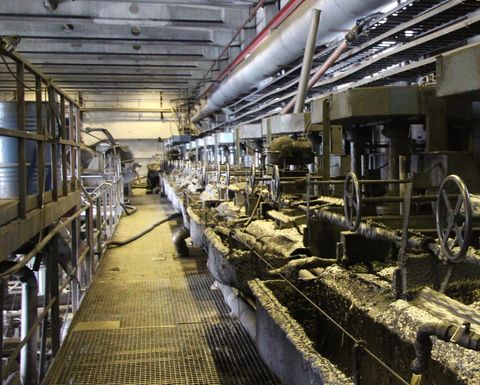 The plant will use 10,000tpa of active anode material using graphite concentrate from MRC’s Skaland operations

The PFS for the AAMP investigated two alternative environmentally friendly methods of purification - a caustic roast process and a carbochlorination process - that do not use hydrofluoric acid (HF).

The company said the plant, which is slated to see initial production from full module in the September quarter of 2023, will initially be built to produce up to 10,000 t/yr of active anode material using graphite concentrate from MRC's Skaland operations in northern Norway.

This output will be expanded (in 20,000t modules) to process graphite concentrate from MRC's Munglinup operations in Australia. The AAMP PFS assumes that Munglinup comes into production in 2025, with concentrate producing ramping up from 14,200 t/yr in 2025 to 45,000 t/yr in 2026.

The caustic purification system that was evaluated consisted of a caustic pre-leach, caustic fusion, water leach, and HCl acid leach, with a caustic bleed stream for excess SiO2 removal. Only the spherical graphite is coated. Multiple caustic fusion reactors were investigated.

The PFS findings concluded that "in caustic process, caustic soda replaces HF, but needs a high ratio of caustic soda to graphite to drive the reaction".

In the carbochlorination process, "chlorine gas reacts with carbon and impurity metals to form metal chlorides, which are volatised at the furnace temperatures. Metal chlorides are then oxidised and precipitated whilst chlorine gas is cleaned and recycled".

The company noted that both processes achieved battery-grade purities of 99.95% minimum, with varying impacts on operational costs versus capex.

The operating costs of the caustic process were estimated at US$1,610/t against US$1,206/t for the carbochlorination, while the development capex was about US$237 million for caustic and US$306 million for carbo.

A final decision on the caustic or carbo process will be made in the fourth quarter.

MRC said is also investigating further options to increase production and lower the environmental footprint, including ore sorting at the Traelen mine to increase the ROM grade, optimisation at the processing plant to produce tails for backfilling into the mining void, and plant debottlenecking and increased operating hours.

Executive Chairman Mark Caruso said, "MRC's focus is to develop a vertically integrated graphite business, from mine through to production of active anode materials. This will allow MRC a much deeper understanding of its value chain and will ensure a consistent high-quality, low emission product is delivered to its customers in Europe."

He added that the company's strategy is "highly complementary to the European policy agenda, where the strategic focus is on securing local critical raw material supply chains and delivering them sustainably".

Mineral Commodities completed its acquisition of 90% of Skaland Graphite last October for initial cash consideration of A$4.5-million and a further A$4.2-million to be paid over a five-year period.