The German Ibbenbüren mine is adding a second Cat GH800B longwall plow system to recover its thin seam of anthracite coal, which averages only 1.04m thick 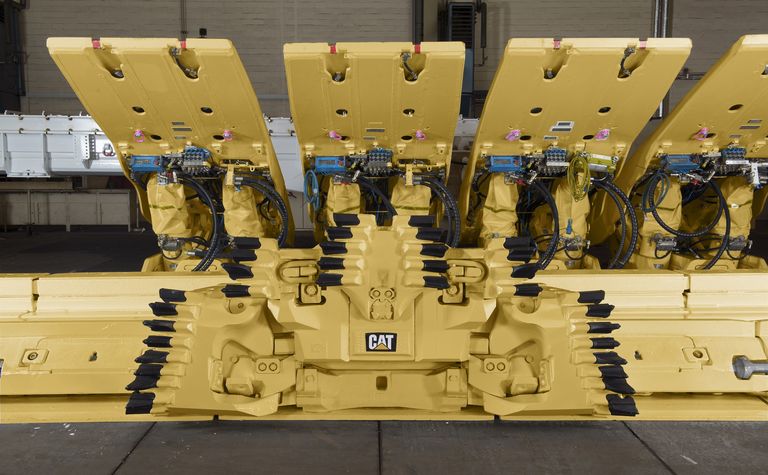 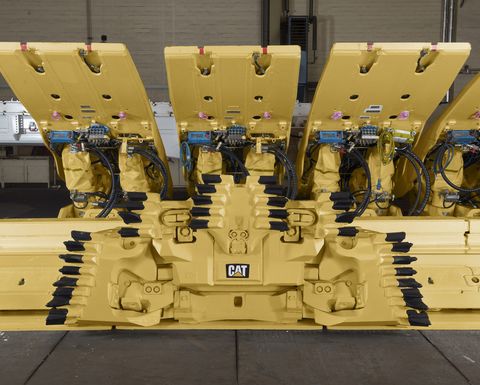 RAG Anthrazit Ibbenbüren placed the order for a second system based on the productive performance of its first Cat GH800B system, which Mining Magazine reported on in November 2014.

Ibbenbüren installed the very first GH800B system in late 2013, and it has been effectively working in heights of 0.8-1.2m. The new system is scheduled to start producing in July on a 220m face.

Zeppelin Baumaschinen, the Cat dealer in Germany, received the order. Zeppelin will provide product support services as it has for the first system. New system components include the Cat GH800B automated plow system and Cat AFC PF4 armoured face conveyor, which are manufactured in the Caterpillar longwall products facilities in Lünen, Germany.

The longwall team in Lünen worked closely with Ibbenbüren to design and construct the GH800B system for its challenging conditions. A key to good longwall performance in Ibbenbüren is the highly effective controllability of the plow system, even in very soft floor conditions.

The new system also includes a shock absorber, an elastomer coupling in the plow pulling sledge to reduce peak loads on the plow system - chain, plow connectors and drives. The effect is smoother plow operation and extended service life of components. RAG, the mining company, has retrofitted its older plow systems with shock absorbers.

As with the first G800B system, Cat automation of the complete plow longwall as well as remote control of all functions and adjustments enables high production, enhances safety and minimises operating cost.

At the Ibbenbüren mine, all underground production operations are controlled from a central control station on the surface. In 2015, Ibbenbüren is going to produce 1.63Mt of high quality anthracite from its longwall systems working 1,300m below the surface.

Building on the attributes of the GH1600 plow system, the Caterpillar longwall team in Lünen, Germany,...