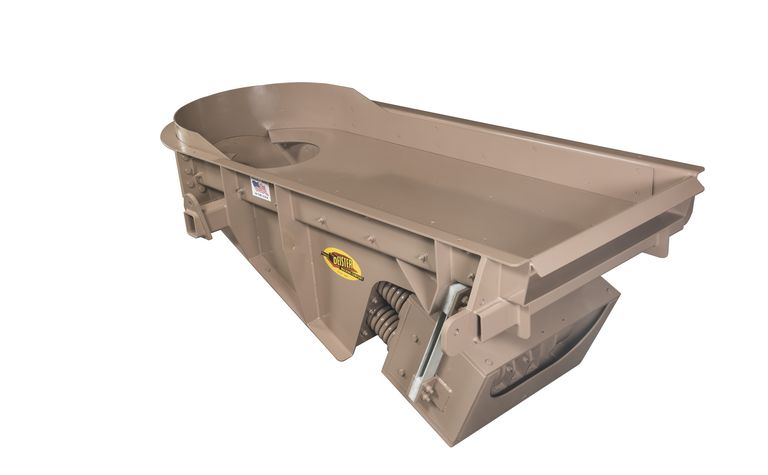 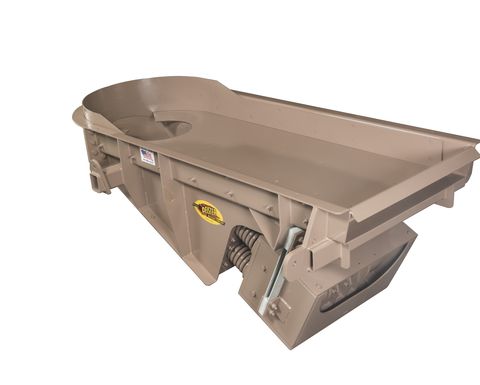 The EMCO 360 eliminates the need for two pieces of equipment – the traditional flat pan feeder, and a rotating feed distributor. Its design incorporates the action of the rotating feed distributor to evenly distribute the material into the cone to minimise uneven rock build-up within the crusher. Alternatively, conventional feeders allow a segregated feed to enter the crusher, with smaller rocks falling together and larger rocks falling together under the force of gravity. This leads to an uneven distribution of material feed and an uneven crushing of the rocks – with the latter causing increased component wear and costly downtime.

Much like the basic design of the Deister EMF two-mass electromechanical feeder, the EMCO 360 is engineered to deliver greater reliability, ease of maintenance, and lower costs per tonne in a variety of aggregate and mining applications. It features a machine weight that is more robust. Units incorporate a high-profile infeed lip; and a heavy-duty formed deck with replaceable liners. A simplified drive is designed with an easy-access exciter frame, which houses the single vibrator motor. This results in longer bearing life, and eliminates the need to replace belts. Additionally, units feature energy-efficient pre-compressed steel transmission springs, which are not susceptible to temperature or shelf life.

Available in a range of sizes and capacities, the Deister EMCO 360 crusher optimiser feeder series is backed with 24/7 parts and service support; stocked American-made parts; and a global network of dealers. Deister offers expedited deliveries of 1-2 weeks on stock models.

Delivery includes a VF Series grizzly feeder and a Nordberg jaw crusher, among other equipment