Goldcorp’s Musselwhite mine in Ontario, Canada, has implemented Sandvik’s OptiMine fleet management system for underground vehicle dispatch and is planning on extending it to more machinery 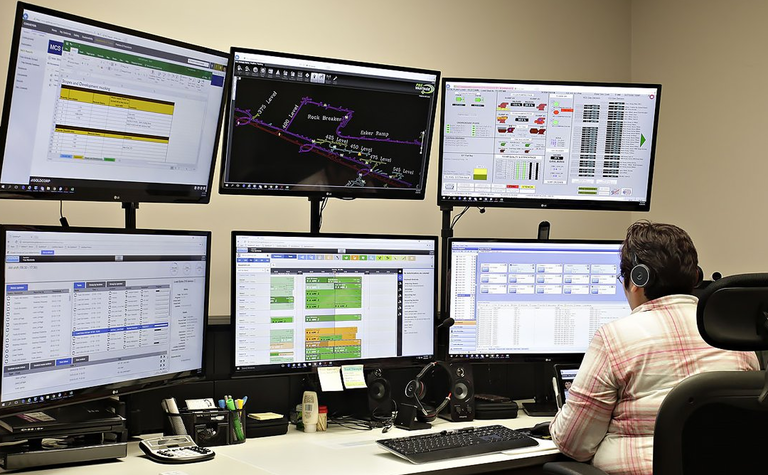 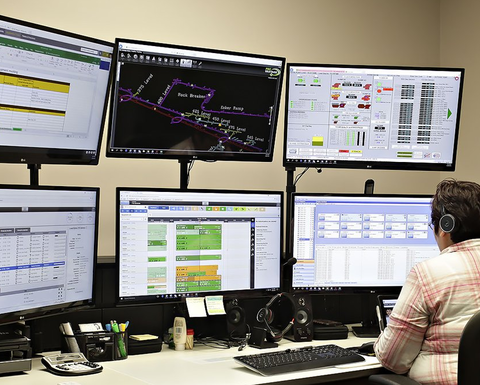 After years of relying on a manual paper-based system and radio communications to relay vital information to underground equipment operators, Musselwhite decided to opt for a digital fleet management system.

Instructions were previously provided to equipment operators during the morning huddle, but during the shift when situations changed, a considerable amount of written and radio communication was required to redeploy trucks or resolve outstanding issues. The potential for miscommunication was high, resulting in inefficient truck utilisation and excessive idle time.

Following a thorough evaluation, the team selected and customised Sandvik's OptiMine software system based on employee feedback to meet the immediate needs of the mine. The small core team presented the OptiMine system to senior management and received the green light to present the proposed system to employees.

Following an employee education programme, as well as infrastructure and Wi-Fi upgrades underground, Musselwhite's truck and scoop fleet was outfitted with the OptiMine dispatch system in November 2017.

The technology enables the mine communications supervisor in Thunder Bay, 600km away, to give instructions to equipment operators underground from a central dispatch console, as well as direct and track equipment utilisation.

"Safety wise it's been a lot of help … guys that work alone underground are on a call-in system, and if they miss their call-in, I'm able to locate them on our underground tracking system so their supervisor is able to contact them via radio. It's a lot quicker than having to guess where someone is underground," said Fran Machimity, mine communications supervisor.

"In an emergency I now have the ability to broadcast on all the radio channels underground simultaneously, for example, should we need to announce ‘we have an underground emergency, please report to a refuge station'. We used to have to broadcast each channel individually, so this saves a lot of time and improves the safety response time of our workers."

The system also provides real-time production reporting, maintenance scheduling and plan versus actual result reconciliation. In addition to streamlining communications, the ability to track direct loaded and unloaded haul trucks and other vehicles on the ramp has also helped improve safety. According to Goldcorp, productivity has improved significantly with approximately three more trucks per day being loaded at the end of each shift.

In the June quarter of 2018, phase two of the OptiMine implementation will get underway, with the addition of bolters, drills and maintenance vehicles at Musselwhite. This phase will also include the addition of a 3-D visualisation component, providing a three-dimensional view of the mine. Plans are also underway to roll OptiMine out at other Goldcorp operations later this year.