Agnico Eagle’s LaRonde mine in Quebec, Canada, is the first to utilise AutoMine with a long-term evolution (LTE) communication network underground on a production scale 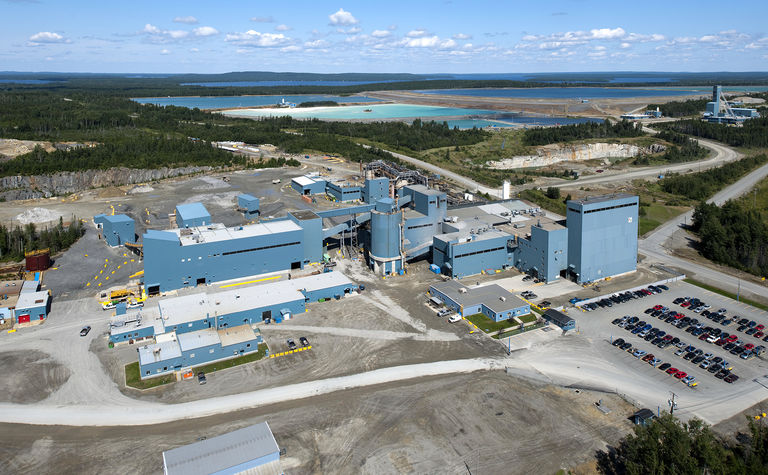 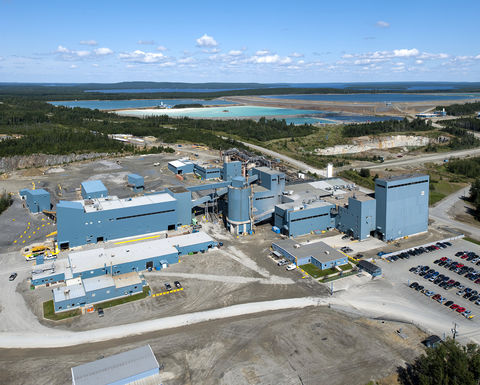 An aerial view of Agnico Eagle’s LaRonde mine in Quebec, Canada

PRESS RELEASE: Sandvik stated that this will not only increase productivity and improve safety, but also mark a breakthrough in technology.

The company added that it was the first mining supplier in the world to introduce mine automation systems for underground hard rock mining and this time marks no exception. Sandvik will deliver a mining automation system that directly integrates and makes use of an underground LTE communication network. LTE is a 4G wireless communications standard that is designed to provide up to 10x the speeds of 3G networks for mobile devices such as smartphones and tablets.

Riku Pulli, vice president, business unit automation at Sandvik Mining and Rock Technology, said: "Sandvik has now taken the next step in the IoT evolution, being fully compatible and able to provide automation systems for underground operations that interface into the customer's LTE network. The underground LTE is a part of the mine's technology infrastructure and creates productivity gains and improves process efficiency and effectiveness."

Agnico Eagle's flagship mine, LaRonde, is located in northwestern Quebec. The 2.2km Penna shaft at LaRonde is the deepest single-lift shaft in the Western Hemisphere. LaRonde is also home to the highest gold grade of Agnico Eagle's producing mines; it has 2.6Moz in reserves and has already produced more than 5Moz of gold. LaRonde's expected mine life is all the way through to 2027.

Christian Goulet, general manager at the LaRonde complex, commented: "After two years of hard work, we are now ready to start production on our LaRonde Zone 5 project. In order to achieve our production objectives and also to develop new applications to extend mining at the depth of our LaRonde mine, we have chosen a new LTE communication network combined with automated equipment. For us, Sandvik's automation solution was an ideal choice as our priority was to develop truck automation on LTE."

The LTE network at the LaRonde mine is the deepest underground LTE network in Canada. Agnico Eagle has chosen Sandvik fleet with AutoMine for the LaRonde mine because of several benefits, including increased fleet utilisation, improved working conditions, operator safety and productivity. The increased fleet utilisation ensures constant performance level enhancements and optimum use of the assets.

The mining automation system will be utilised at LaRonde Zone 5, which is currently in the development stage. In the first phase, one LH517 and one TH551i will be delivered and later on, in the second phase, the fleet and automation system will be expanded. The Sandvik AutoMine with an LTE communication network will allow auto-assisted loading in the open stoping application and dumping to the dump truck, which will automatically haul through the ramp to the surface. This AutoMine project is an important cornerstone for Agnico Eagle and acts as a platform for LaRonde's future successes.

AutoMine is a flexible modular system that can successfully be adapted to small scale operations, as well as massive block caving applications. Moreover, the system incorporates functions and applications that allow it to interface with other third party IT systems at the mine site. Around 350 Sandvik trucks and loaders with AutoMine have been delivered globally.

Pulli concluded: "The use of LTE communication network also creates considerable benefits in comparison to the usage of Wi- Fi. Large areas can be covered with a fewer number of LTE base stations than Wi-Fi access points, which reduces the amount of mine installations. In addition, the network configurations are simpler and LTE has inherently been designed for fast roaming with high data transmission performance."