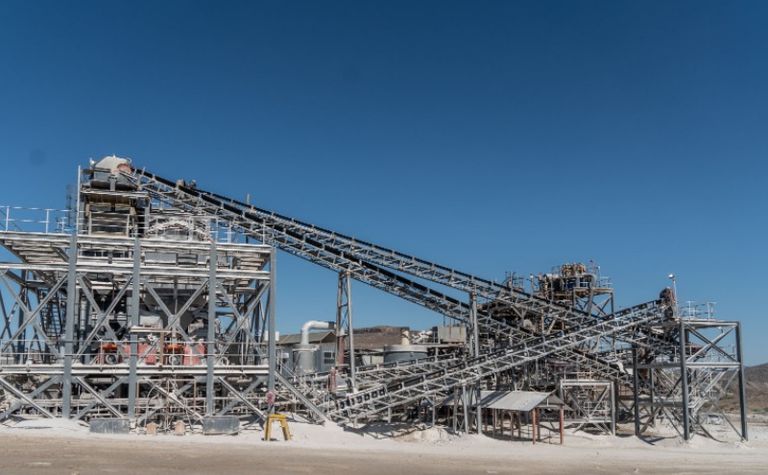 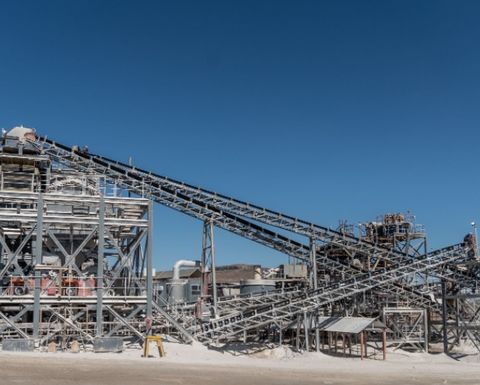 AfriTin plans to produce lithium as well as tin.

AIM-listed AfriTin Mining has received metallurgical results indicating petalite lithium concentrate may be mined as a by-product at its polymetallic Uis mine in Namibia.

One test result found up to 94% of petalite lithium concentrate in bulk ore samples, as well as high-grade, low iron petalite at 4.34% lithium oxide.

The petalite lithium concentrate could be sold to glass and ceramics manufacturers, as well as be used as feedstock for battery-grade lithium carbonate or lithium hydroxide converters, AfriTin said.

Petalite can also be used by spodumene converters after roasting, the company noted.

"These positive test results allow us to progress to the design and construction of a lithium pilot plant at Uis," chief executive Anthony Viljoen said.

Processing used a dense medium separation method on a laboratory and pilot scale, which led to a lithium oxide upgrade of four to five times.

In the next phase, AfriTin will optimise flotation parameters, working with Nagrom in Australia, which produced the 11-tonne bulk sample, and ANZAPLAN in Germany.

AfriTin has also signed a deal with South African company Consulmet as its EPCM contractor to design and build the 20 tonnes-per-hour pilot plant at Uis. AfriTin is targeting the December quarter 2022 for commissioning.

Petalite lithium concentrate produced at the pilot plant will be sold to glass and ceramic customers.

AfriTin is aiming for a full-scale integrated lithium beneficiation circuit to be implemented in 2024.

The Uis mine currently produces 720 tonnes per annum of tin, and a Phase 2 expansion will increase tin concentrate production to 1,300 tpa.

Company has started the phase one expansion of the Uis plant