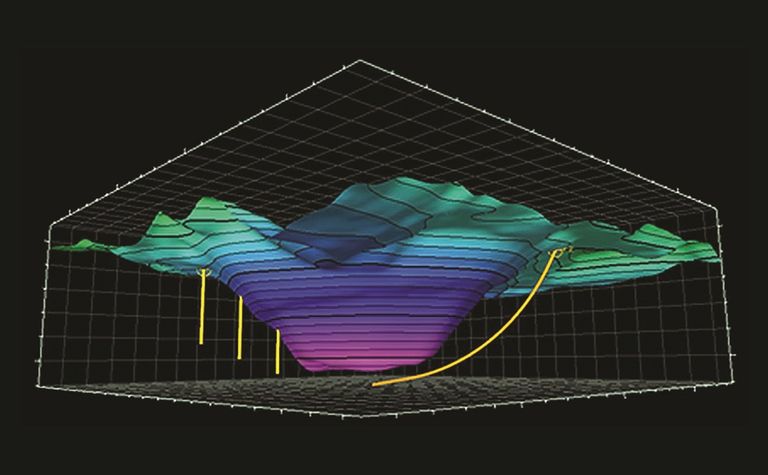 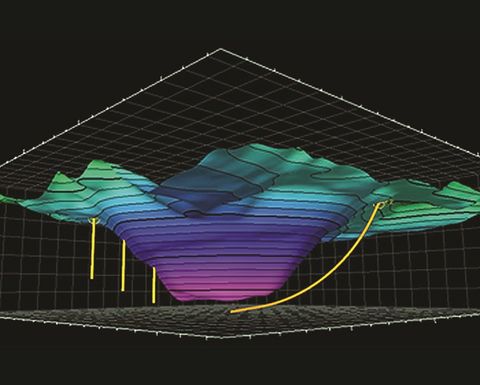 Already a staple of the infrastructure, utilities and oil-and-gas industries, directional well placement techniques have the potential to revolutionise certain aspects of mining.

One of the most innovative applications of directional well placement can be seen in open-pit mine dewatering. Schlumberger Water Services together with Freeport-McMoRan has been working to implement a series of oil-and-gas style wells at the Morenci copper mine in Arizona in order to advance the state of play in this arena. MM caught up with the companies to find out more...

Heading in the right direction

Most large open-pit mines eventually encounter groundwater and, depending on their hydrogeological setting, may require proactive mine dewatering. A robust and effective programme is critical to minimising slope instabilities and advance mining.

The impacts of a poorly dewatered mine often include:

For ore deposits in moderate- to high-permeability settings, where wall stability and reducing groundwater inflow are the main dewatering objectives, conventional dewatering is normally implemented with a combination of:

In-pit vertical dewatering wells are often challenging to implement and maintain over the life of the project. They typically have a limited life span  of one or two years due to mine advancement or loss of access, and their vertical orientation limits the opportunity of crossing multiple fault or fracture zones, which are groundwater conduits in a hard-rock aquifer setting.

Additionally, submersible pump run-time is drastically reduced due to operational interruptions leading to less groundwater withdrawal. Maintenance of infrastructure such as piping and surface equipment is also labour-intensive and cumbersome.

Recognising the limitations of conventional dewatering practices, Schlumberger Water Services and Freeport-McMoRan have collaborated to develop, test and implement a new generation of high-performance mine-dewatering well systems, combining mine hydrogeology and dewatering expertise with cross-over technology from oil and gas directional well placement.

However, directional well placement in hard-rock mining has a very limited track record and was previously untested for the application of open-pit mine dewatering. The geological and geomechanical environments, size and scale of equipment, flow and production pumping regime, and the associated well design requirements are significantly different.

The technology transfer involves significant adaptation and modification, but Schlumberger and Freeport recognised that the principal benefits of directionally drilled dewatering wells can far outweigh the challenges. Benefits include the ability to:

The combined impact of these benefits was envisioned to create step-change improvement in dewatering well efficiency, performance and overall effectiveness of the mine-dewatering programme, resulting in significant cost and risk reductions. Anticipated improvements include:

The directional placement of a well to a pre-planned trajectory to accomplish the above goals involves complex interactive consideration of multiple factors. These include the ore deposit geology, geological structure and geomechanical environment, the ranges of performance for directional tooling, downhole surveying, and ability to control and steer the well to the target.

The trade-offs between alternative options, risk factors, the final dewatering goal and overall value to the mine operation are integral to the matrix of planning, design and implementation decisions. Adapting techniques from the oil-and-gas industry, Schlumberger and Freeport developed a mine-dewatering project integration matrix, which was subsequently implemented at the Morenci copper mine in Arizona.

To date, two directionally placed dewatering wells have been successfully implemented at the mine as part of the Garfield open-pit mine-dewatering programme. An initial well was constructed on a ‘proof of concept’ basis and was commissioned in early April 2013.

The well was located on the west wall of the open pit, outside planned mining limits. The borehole was steered underneath the centre of the planned pit on a pre-planned directional trajectory.

The well initially produced between 2,461L/min and 2,650L/min (650 and 700gpm), which was at the high end of the planned expectations, and is five to ten times greater than the previously installed in-pit wells.

The well was immediately commissioned into the active dewatering programme and during the initial year operated at 96% availability. The combination of the high production rate and high availability means that it effectively produced up to two orders of magnitude more groundwater than any of the pre-existing in-pit vertical wells, and exceeded the combined groundwater production from the rest of the dewatering system, comprising six vertical production wells.

Following the success of the first well, Freeport and Schlumberger commissioned an additional programme to construct a second well collared on the pit perimeter of the east high wall. The target for the second well was a set of northeast-trending geological structures and lower-permeability compartments.

With a more aggressive drill-bit trajectory, design modifications were made during implementation to control risk while attaining the planned hydrogeological target. Drilling of the second well was recently completed on schedule. Commissioning and performance testing are ongoing, and early results are extremely positive.

Since initiation of the programme, monitoring data has shown a distinct acceleration in the rate of the groundwater level reduction in the open pit. A number of piezometers located within and around the edges of the pit have shown a 60-75m decline in static water elevation.

The companies continue to evaluate the success and value of the programme and are looking for opportunities to implement directional well placement at other mining operations.