Sandvik Construction is launching a new tunnelling jumbo, designed especially for limestone applications, at the World Tunnel Congress in San Francisco, California, US 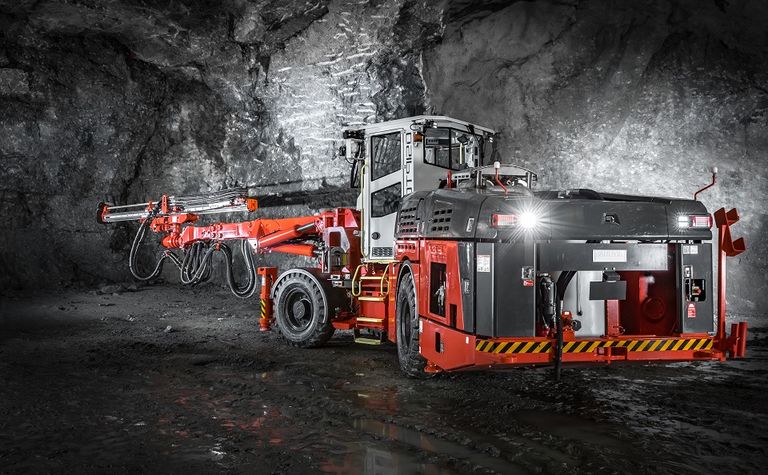 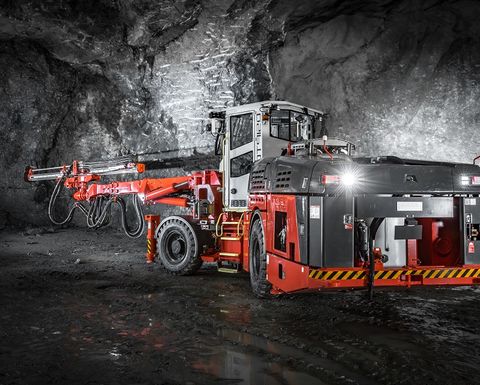 Sandvik stated that with its new, intelligent control system, the DT912D can bring customers increased productivity in both tunnelling and underground mine production.

The DT912D is a self-contained, air-mist flushing, diesel-hydraulic high-reach single-boom jumbo, with a 25kW high frequency RD525 rock drill. The 24t machine is designed for fast and accurate drifting and production drilling of 12m2 to 125m2 cross-sections.

According to Sandvik, it is also equipped with the most powerful engine on a diesel-hydraulic jumbo, the Cummins Tier 4 Final with 205kW. As standard, the jumbo has an electric controlled drilling system with added automatic functions, including one-hole automatics. It is also equipped with a SB150 universal boom for large, optimally shaped coverage and full automatic parallelism. In addition to face drilling, the boom may also be used for crosscutting, bolt-hole drilling and extension drilling.

An efficient 4m3 on-board compressor, together with an extra-large 1,000L water tank for air-mist flushing, enables the DT912D to operate independently from the tunnel or mine infrastructure. The DT912D offers rapid, safe and balanced tramming thanks to its 4-wheel-drive centre articulated carrier, the company stated. Also, the FOPS/ROPS-complied cabin is ergonomically designed and well insulated to minimise noise and vibration; the noise level remaining under 73dB (A) at all times. As an option, the cabin is available with a cabin-lifting system. Furthermore, the machine comes with Sandvik Intelligent Control system Architecture (SICA).

The DT912D offers different instrumentation levels to choose from; these include the silver package for drilling angles and depth monitoring, while the gold package offers semi-automatic drilling according to drill plan. The platinum package, being the most comprehensive one, has the advantage of automatic boom movements and drilling cycle. The gold and platinum packages are integrated with the Sandvik iSURE tunnel management tool for accurate drilling, charging and blasting plans. In addition, Sandvik said, iSURE provides useful data collection and analysis reports for improving the work cycle and process. It may also be complemented with the new geoSURE rock mass analysis and visualisation system.