Despite sluggish global commodity prices that continue to cause an ongoing slump in the mining industry, skills transfer and job creation have been empowering local employees at the Mopani copper mine in Zambia, thanks to a joint venture between Redpath Mining South Africa and Rig Resources Zambia 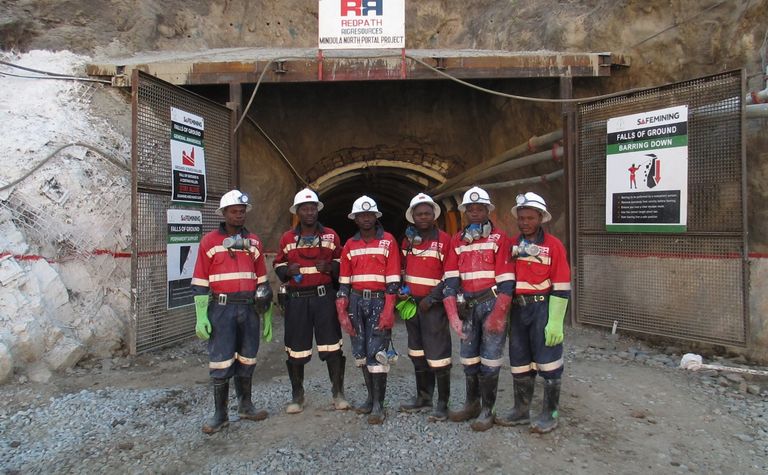 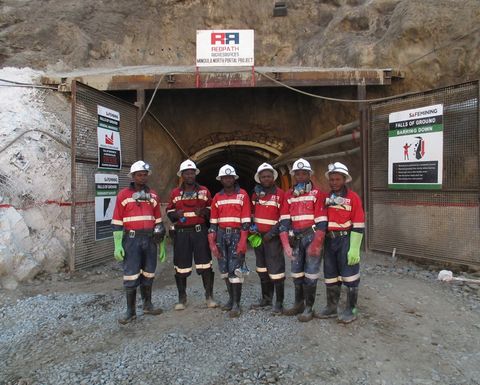 Since officially entering into the three-year joint venture (JV) in March 2015, employment at Rig Resources has almost doubled from 217 employees to 433. Anthony Kabaghe, managing director at Rig Resources, pointed out that this is an impressive feat in current market conditions. He explained: “The formation of this JV is clearly the beginning of more positive things to come.”

Although still employed by Rig Resources, the employees now form part of the JV partnership, which is currently comprised of 421 locals and 12 expats, who are all working for Mopani Copper Mines on its various shafts. Kabaghe said: “The advantages that this JV can offer Mopani go far beyond mining solutions, and will positively impact both the Zambian economy and local communities.”

Ockert Douglas, MD at Redpath Mining South Africa, indicated that both companies were working as independent contractors for Mopani, but it was clear that the client and the companies could benefit by combining their years of experience and resources. He noted: “Redpath Mining SA has been involved with Mopani since 2012, and is currently executing some of the mine’s capital projects.” 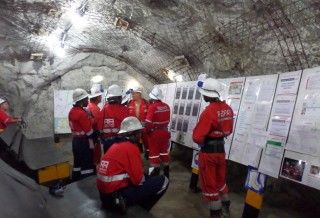 Rig Resources brings local skills and knowledge of the Mopani mine

Douglas added that mining operations across Africa, such as Mopani, are looking to increase the use of local labour and skills. He said: “This benefits the communities in which we operate and, in turn, the country. The opportunity arose for both companies to create a suitable business venture with many of the elements that the mining operation and Zambian government were looking for.”

According to Kabaghe, the JV currently covers the Mopani project at four sites – Mindola North, Mufulira, South Ore Body and Central. He added: “Rig Resources provides local labour and Redpath SA brings in experts to train local staff. Another major benefit that Redpath SA brings to the JV is its impeccable safety record, which currently stands at 448 days incident-free at Central shaft.”

International contracting skills and expertise will be transferred during the course of the three-year contract, as Redpath SA provides Rig Resources’ local employees with hands-on training. The finance function will continue to be provided by the local team with support from South Africa, while all future capital required to meet increased production capacity will be borne by Redpath.

Apart from the initial US$5.4 million invested by Rig Resources, Douglas stated that all future capital will be funded by Redpath’s international head office in Canada. He continued: “Our technical expertise in terms of contracting, maximising the use of mechanised trackless equipment, and the provision of a resource base of international professionals are also part of the deal.”

Douglas added that Rig Resources brings local skills and knowledge of the Mopani mine as well as business relationships in Zambia to the table, thereby creating a full-circle joint venture that has benefits beyond just the two companies. He continued: “We believe that we need to build the current JV to a respectable level, where we fully meet all the needs of the current client. Once this is bedded down, the opportunity may arise for us to undertake additional work together.” 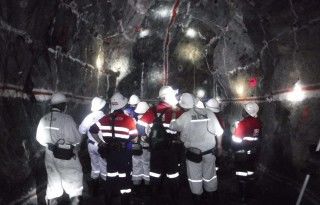 Skills transfer and job creation have been empowering local employees

Douglas acknowledged that the downward commodity pricing cycle has negatively affected the global mining sector, including Zambia, which is currently not earning the desired foreign exchange that it used to. He explained: “These pricing cycles come and go, and I am confident that prices should move upward in the not-too-distant future. Zambia is a country with many years of upcoming mining projects. These mining projects have assisted in growing the country and will continue to do so.”

Kabaghe is upbeat about the future outlook for the JV, and concluded: “Expansion continues to take place at Mopani, which is drilling more shafts in order to be sufficiently prepared for an uptake in production when commodity prices recover.”

The world is heading underground

Some of the world's largest mines will require massive underground infrastructure and shaft systems in...

Rising with the times