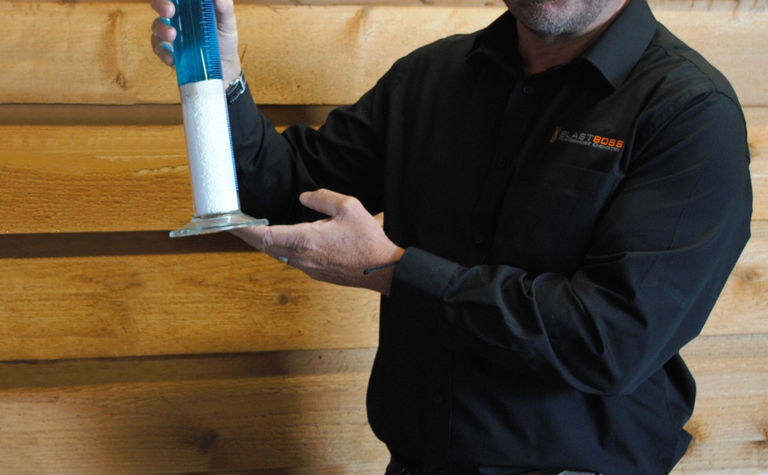 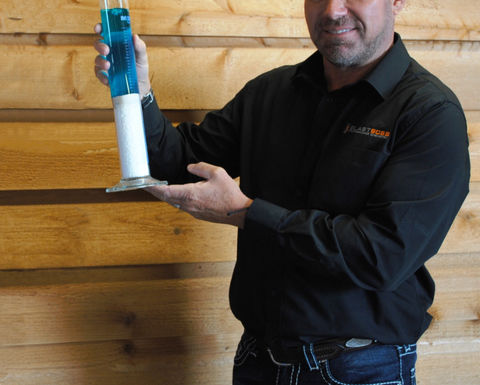 David Handel, CEO of BlastBoss, with the Shockwave Power Plasma

PRESS RELEASE: Developed throughout a three-year programme including months of intensive testing, Shockwave Power Plasma will be marketed globally to the mining, quarrying and civil engineering industries.

Shockwave Power Plasma is an ultra-high viscosity plasma gel that is loaded into a blast hole as decking which, when detonated, creates a hydraulic shockwave effect that attenuates, redirects and extends explosive energy during the blast pressure event.

Shockwave Power Plasma can be used with all types of explosive, produces less dust, noise, vibration and fume than traditional blast decking, is non-toxic and environmentally safe, and is fast and easy to load.

David Handel, CEO of Blastboss, said that Shockwave Power Plasma was developed to transform the global blasting industry, significantly reducing the cost per blast to operators while maximising production through increased operational, processing and transportation efficiency.

He stated: “Throughout my 30-plus years as a director of a leading global fine particle management company, I saw that the mining, quarrying and civil engineering industries continually faced blasting challenges. Old-fashioned blasting methods can cause increased costs and adverse environmental effects including exposure to dangerous fumes and excessive dust, noise and vibration.

“I recognised there was a need to transform the established blasting processes, formulated the concept behind Shockwave Power Plasma and worked alongside leading chemists, physicists and engineers to invent the technology. The Shockwave Power Plasma decking system harnesses pure hydraulic energy produced by our performance enhancing chemistry to increase the amount of energy transmitted through the surrounding medium in both open cut and underground operations.

“Shockwave Power Plasma can be used above ground by being poured or pumped into the blast hole, or underground by pumping or injecting the Shockwave Power Plasma plastic pack into the up, down or horizontal holes. Shockwave Power Plasma has the potential to revolutionise the global and Australian blasting industries by providing an advanced and efficient blasting solution that lowers costs, boosts productivity and enhances safety while being environmentally friendly, and we are genuinely excited to introduce it to the market.”