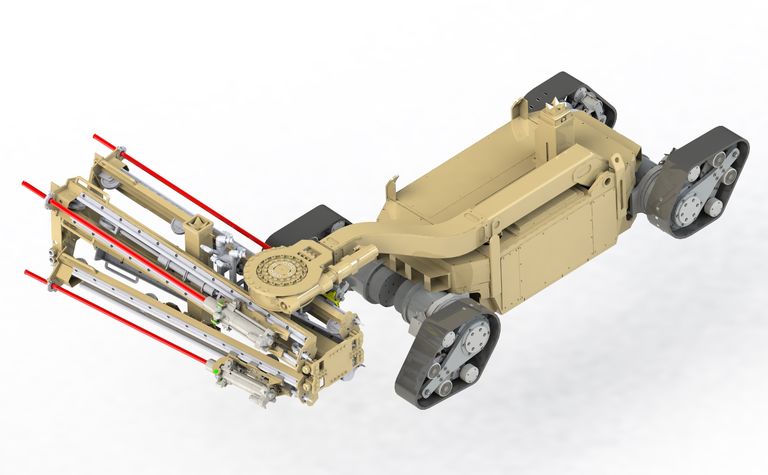 These are the outcome of a 12-year-long development programme working in joint venture with some of the world’s largest platinum-group metal (PGM) and gold mining houses, and more than three years of testing the sophisticated solutions in arduous South African underground environments.

CMTI Group is manufacturing the equipment at its factory in Tshwane, Gauteng, which commenced operations at the start of 2017.

As part of the ramp-up, the group embarked on a fundraising round that will close during the March quarter of 2018 to satisfy growth and the significant demand for South African mechanised-mining solutions.

CMTI Group’s technologies are a proactive response to a clarion call for locally-developed solutions that will promote safer gold- and PGM-mining operations, while extending the life of these mines. This is considering the existing limitations of imported ‘off-the-shelf’ technology from United States and European manufacturers in meeting South African gold and PGM miners’ demands.

The group’s mechanised solutions remove people from harsh working environments, characterised by abrasive rock and steep gradients. As these mines become deeper, workers also have to contend with rising temperatures of virgin rock, as well as other factors that pose additional threats to health and safety levels.

Seismicity was the leading cause of more underground fatalities in 2017, and Anglo American Platinum CEO Chris Griffith, who is also head of the Chamber of Mines CEO Zero Harm Forum, noted that industry, government and labour had to accelerate initiatives to improve underground working conditions.

Danie Burger, managing director of CMTI Group, said: “It is a serious concern to all stakeholders in the industry that the death toll in South Africa’s mines this year has surpassed those in 2016. There were 82 fatalities in 2017, over-and-above the 73 reported in the previous year. This has ended nine consecutive years of falling fatalities in the world’s deepest mines, and the call for increased mechanisation will continue to gain momentum.”

He also pointed to the critical role that mechanisation will play in helping ensure the industry’s sustainability by significantly extending mine life by facilitating the mining of lower-grade ore bodies and accessing deeper resources.

Mechanisation replaces outdated drilling-and-blasting methods used in the South African narrow reef, hard-rock mining environment. Increased depth and distance from the shaft has resulted in contracted drill time at the workface. This has contributed towards shrinking production and burgeoning costs, which have been compounded by suppressed commodity prices.

Moreover, he said that increased adoption of local mechanisation by underground mines will play an immense part in creating secure employment opportunities in the country, while contributing significantly towards skills development and shareholder wealth.

His views are in line with those of resource development strategist Dr Paul Jourdan, who also stressed that local manufacture of mechanised mining equipment will neutralise job losses during this transition to modern equipment.

Jourdan noted that a vibrant South African mining equipment research-and-development, as well as manufacturing hub that supplies both the local and export markets, will drive industrialisation. This will ensure that traditional jobs in the underground mining industry are replaced by secure and safer employment prospects in the supply chain.

CMTI Group’s business model is in line with this agenda, considering that its technology comprises more than 70% local content.

However, there are still concerns that the rate of transition to a mechanised era has taken too long, and that the industry now needs to accelerate the process, considering more looming large job losses.

Anglo American CEO Mark Cutifani recently warned that the South African mining industry was at risk of shedding 100,000 jobs if it failed to modernise. This is over-and-above the 100,000 employment opportunities that have been lost in the industry over the past six years.

Safety head of the CoM, Sietse van der Woude, anticipates a loss of as many as 200,000 jobs over the next 10 years if the industry does not undergo meaningful change.

Burger stressed that ‘home-grown’ innovation is also key to the successful transformation of an industry that has relied heavily upon labour-based techniques for more than 100 years.

Burger said: “Our solutions are based on extensive learning from prominent gold and PGM miners. They are the outcome of a process that was driven by the needs of the sectors, as opposed to a ‘push’ approach from international manufacturers in the supply chain. By allowing the mines to drive the process, we have developed successful solutions for unique local operating conditions.”

Noticeably, the company’s technologies have already played an important part in helping a leading platinum miner reduce safety-related stoppages at its Rustenburg operations in the 2017 financial year.

Similar successes have been achieved at Bathopele platinum mine near Rustenburg, while CMTI Group’s MT100 and MT1000 ULP equipment have been operating in Burnstone gold mine in Balfour, Mpumalanga.

Sibanye Gold is using the equipment to mine panels at heights of 1m, as opposed to the current 1.5m. By now being able to extract significantly more gold-bearing ore and reduce waste-rock extraction, the mine will increase its yields and reduce its waste-disposal costs.

Certainly, this is in line with Sibanye Gold’s recent announcement that it is researching technology to make its mining operations safer and more productive. The process is being driven by mining operational executive and mining engineer, Peter Turner, who has also highlighted the important contribution of remote-controlled ULP technologies.

CMTI Group’s MT100 has a maximum height of 420mm and a battery life of seven hours.

Importantly, this versatile machine can be equipped with any two attachments, such as a sweeper, scraper and dozer with an 850kg dozing capacity. This allows the re-mining of inaccessible areas that still contain some reserves in the form of fines.

Powered by a trailing cable, the MT1000 features a rock-breaker for non-explosive mining and a patented multi-drill attachment, which allows four holes to be drilled quickly and accurately at the correct angles.

Using the technology, two panels are being drilled in a single shift, and Burger said that CMTI Group will improve on this performance early next year.

This performance is in stark contrast to the extended periods it currently takes up to five rock-drill operators to drill a 30m panel using traditional mining methods.

Both machines feature a multi-track concept. Four tracks are individually driven and are able to swing around a centre point for the platforms to negate vertical obstacles as high as 400mm. The tracks on the MT1000 are also steerable.

Burger concluded that CMTI Consulting Group is proud of the company’s achievements thus far, and is looking forward to continuing its long association with leading gold and PGM miners to help accelerate the implementation of mechanisation in South Africa.

The second major acquisition for NRW this year has been completed 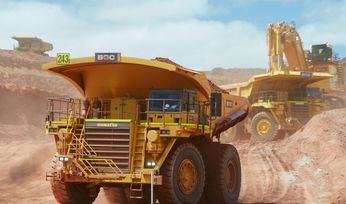 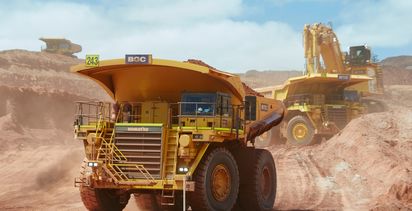