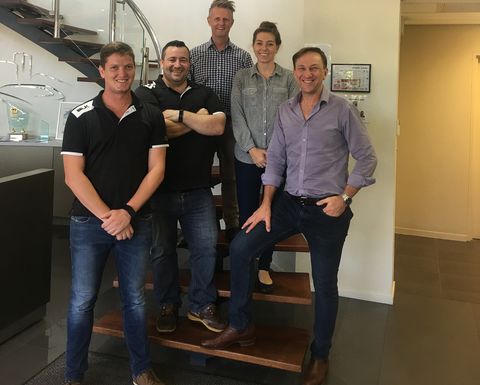 The AIS and BME teams

PRESS RELEASE: According to Brad Bulow, AIS director and BME’s general manager, Australia Asia, AIS will become known as BME Australia in a rebranding process that will begin in the June quarter of 2018. BME has been the majority shareholder in AIS since it helped to form the company in Australia five years ago.

Bulow said: “As the leading explosives company in Africa’s opencast mining sector, BME will continue to foster the quality reputation that AIS has developed in the Australian market. As AIS, we have become well-known as the distributor of BME’s pioneering AXXIS digital detonation system, as well as for the close relationships we’ve formed with clients through our proactive support, professional approach and strong service ethic.”

Bulow added that AIS had also proved its technical capability with a record blast at a large central Queensland coal mine. “The AXXIS system was used at the mine to initiate the largest electronic detonator blast ever at that time – firing 5,665 detonators in 2,683 blastholes,” he explained. “This blast also broke a previous record AIS achieved at the mine when an AXXIS-controlled blast successfully initiated 4,303 detonators in a single blast to break 2.8 million cubic metres of overburden.”

Bulow said BME’s acquisition of the remaining shares in AIS was a provision of the initial agreement, and signals BME’s intention to expand its supply of technical services and products in Australia. The company would be looking for opportunities to offer its range of other services, equipment and emulsions as the market required.

“With over three decades of growth in the explosives business, BME has innovated a broad range of solutions that are being applied across Africa and in a growing number of markets globally,” he noted. “Our position as part of the Omnia Group – which has facilitated our considerable manufacturing capacity – places us well to meet customer demands in Australia.”

BME has steadily expanded its emulsion production facilities, and automated its manufacture of initiating systems in Africa. Alongside its AXXIS detonation system, it has also developed the BlastMap blast planning and design software, as well as mobile applications to promote quality blasting. It has pioneered the use of emulsion explosives in underground operations through the implementation of the deepest ever vertical emulsion pipeline, supported by its specialised transport and application equipment.

BME speaks out on electronic detonators