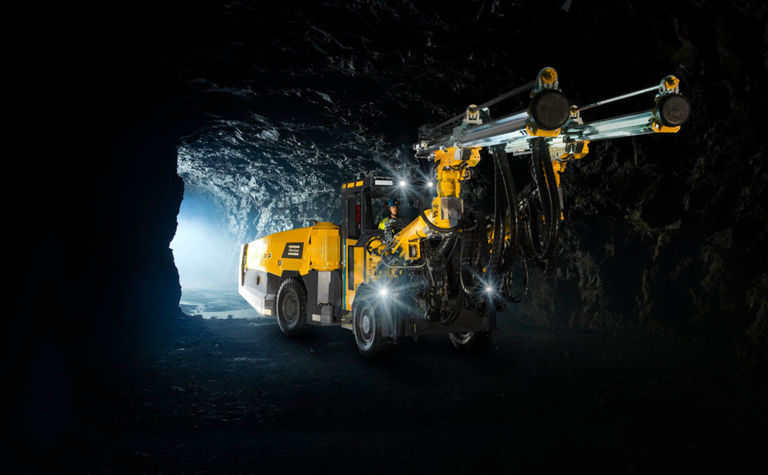 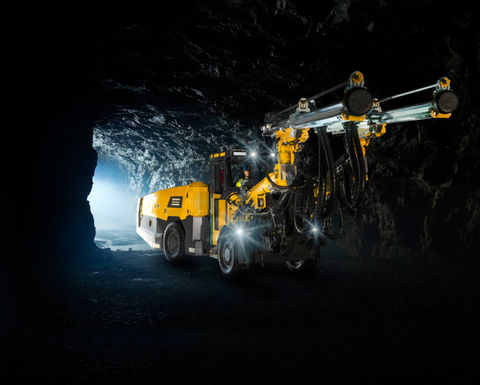 The gold mine in Val d’Or, Quebec was brought online January 18.

The Boomer S2 C has been built specifically for tunneling or mining involving narrower veins; in fact, while it is just as exact and productive, it is particularly ideal for applications up to 56 square metres.

The 4WD articulated rig is 12.2 metres long and 2 metres wide, featuring a turning radius of 42°. It has BMH 6814 feeds, but optional BMHT telescopic feeds are available for bolting operations.

As designed, the face coverage area with BUT HD29 booms is 45 square metres, for a reach of 6.2 metres high and 9.3 metres wide. With optional, true top-mounted BUT S booms, the Boomer S2’s reach extends to about 6.6 m by 9.4 m, along with more rapid feed movements and boom.

The heart of the unit is a diesel Deutz 90 kW TCD 3.6 engine classified as Tier 4 Final. It operates on Epiroc’s proprietary rig control system, currently RCS 5, which with a touch-screen graphic user interface and onboard manuals is easier for operators to learn and use, the company said.

Mine superintendent Gilbert Bouffard told the OEM that a smaller rig assists it in its flexibility for blasthole drilling plans as well as forthcoming ramp development.

“This generation of Epiroc face drilling rigs can play a huge role in helping a mine like Eldorado reach its objectives,” he said. Epiroc account manager Ghislain Macameau added that it is currently the world’s only computer-optimized jumbo of its size.”

Other rock drill models are available; however, Epiroc noted the Boomer S2 C rig comes standard with new COP D20 underground hydraulic rock drills that are designed for blastholes between 43 millimetres and 64 mm in diameter.

Epiroc has available simulator training for its underground rigs.

Vale taking up battery as a service in Canada at two of its mines.