Rockmore International will introduce the 5in class ROK 550T, the newest addition to its T Series DTH hammer line, to the European market at the upcoming Intermat exhibition held in Paris, France on April 23-28 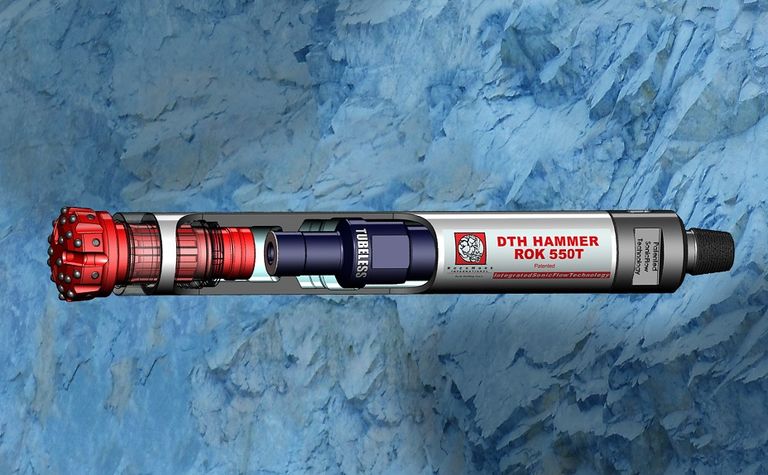 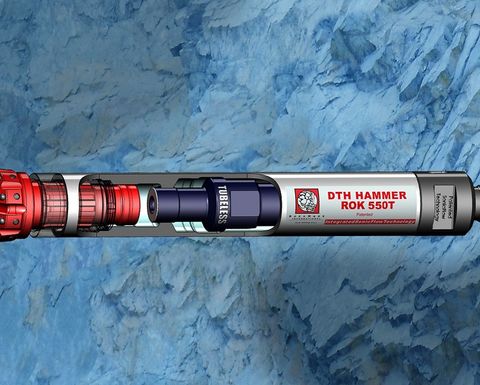 In 2017, Rockmore released the ROK 60T-360T hammers that utilise the IR 360 bit shank without the blow tube/foot valve.

Now, Rockmore has extended the T series to the new ROK 550T, a 5in (127mm) class hammer model which uses the industry standard QL5/QL50 bit shank, but with the blow tube/foot valve removed. With high performance drilling characteristics rated for drilling 5.5-6in (140-152mm) diameter holes, the ROK 550T is suitable for blasthole applications in the mining and construction sectors and for deep hole drilling in the water-well and geothermal sectors.

As with all Rockmore DTH hammers, the new ROK 550T uses Rockmore’s SonicFlow technology, which optimises airflow by simplifying and streamlining the air paths to minimise back flow and turbulence, thus delivering more energy to the piston. Field testing of the SonicFlow design was determined to result in faster penetration rates and greater overall DTH hammer efficiency.