The US Bureau of Land Management (BLM) has given the green light to a lease modification to expand the Pollyanna 8 underground coal mine in Le Flore County, eastern Oklahoma 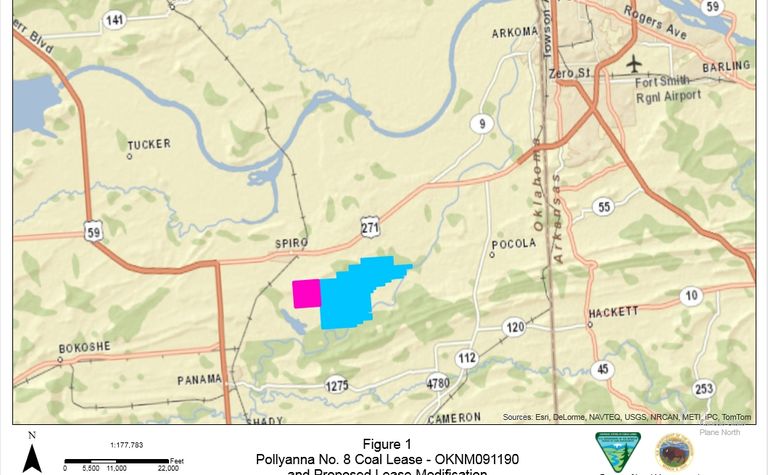 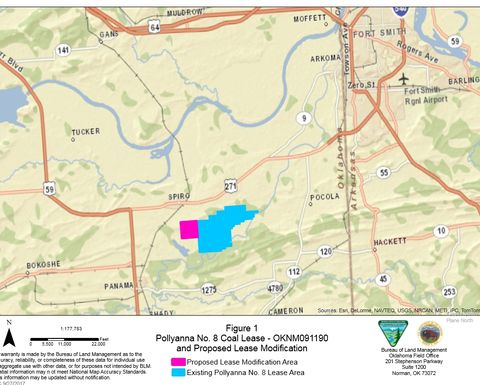 The mine, also known as the South Central operation, is owned by Georges Colliers (GCI). The tract is adjacent to the existing footprint of Pollyanna 8.
Formally known as Lease OKNM 091190, the tract totals about 5.6 million US tons (5.08 million tonnes) with a recoverable estimate of 3.37 million US tons (3.06 million tonnes). The addition will extend the life of the mine by about eight years.
Following an environmental assessment and land use analysis, the BLM said no significant impacts were found. It released a record reflecting that in March.
Le Flore County currently has three coal operations, including Pollyanna 8, that produce 526,000 US tons (477,179 tonnes) annually combined. The slope-entry, room-and-pillar Pollyanna, in production since 1995, makes up about 400,000 US  tons (362,874 tonnes) of that total; in 2016 alone, it made up 59% of the state's total output.
The BLM oversees more than 245 million acres of public land in the US, primarily in 12 western states and in Alaska.