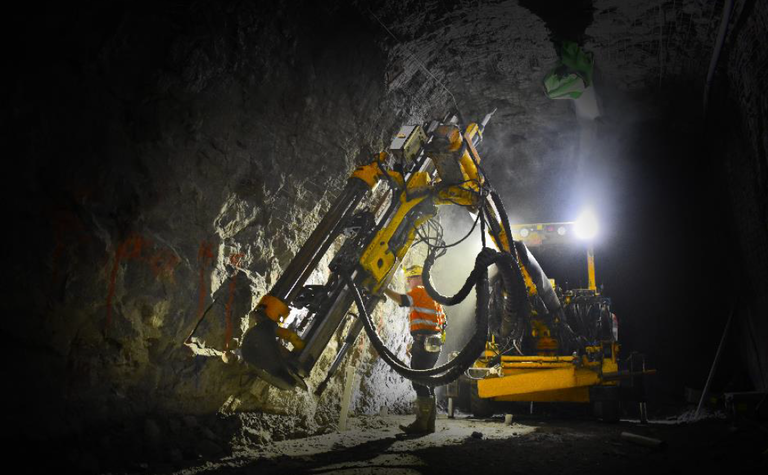 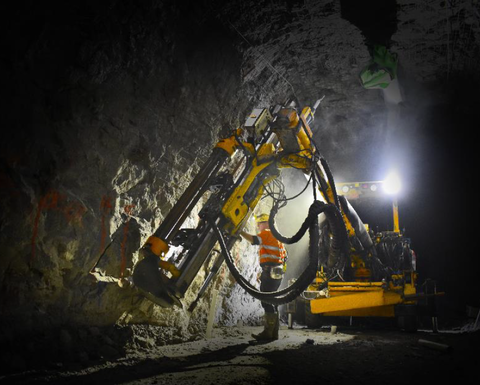 The Production Optimiser system in use during the testing phase

The new system, suitable for installation on all production rig makes and models, can substantially reduce blasthole drilling deviation - which in turn reduces average dilution and downtime (including reduced secondary drill and blasts), while improving overall fragmentation and ore recovery.

The net result is a significant improvement in drill and blast efficiency, productivity and responsiveness - throughout the entire operation.

Based in Perth, Western Australia, Minnovare is an advanced technology company that specialises in improving the accuracy, reliability and economic efficiency of drilling operations in both mining and civil construction projects worldwide. Through advanced drill rig-alignment technology and data-capture analytics software, Minnovare enables its clients to drill faster, cheaper and more accurately than ever before.

Having focused on exploration drilling to date, the move into the mining production sector represents an exciting new direction for the business - one that has the potential to reshape the industry.

Mick Beilby, commercial director at Minnovare, said: "We've had a lot of success in the exploration drilling side of the market to date - applying our technology to deliver optimum results for drilling contractors and end clients alike. We've now extended that same core vision into the development of a new production drilling product suite that is a world first for the mining sector."

He added: "The initial trials of which have seen our clients reduce their average blasthole deviation by up to 60%, which has in turn delivered an estimated reduction in dilution of up to 30%. At the same time the client benefits from an increase in overall metres drilled, improved fragmentation and ore recovery. The downstream impact of which on minerals processing and logistical costs, as well as overall downtime, is significant for your average mine site - potentially equating to millions of dollars every year."

Initial on-site testing of the Production Optimiser system was conducted over a six-month period at two prominent underground gold mines in Australia.

Callum McCracken, managing director at Minnovare, commented: "The input and overall engagement of our clients throughout the R&D process has been fundamental to the systems' ongoing development and final readiness. We're extremely thankful for their input and support, and we're all very pleased with the results."

Companies have linked their solutions for streamlined results