Condra portal cranes to speed things up for Oyu Tolgoi 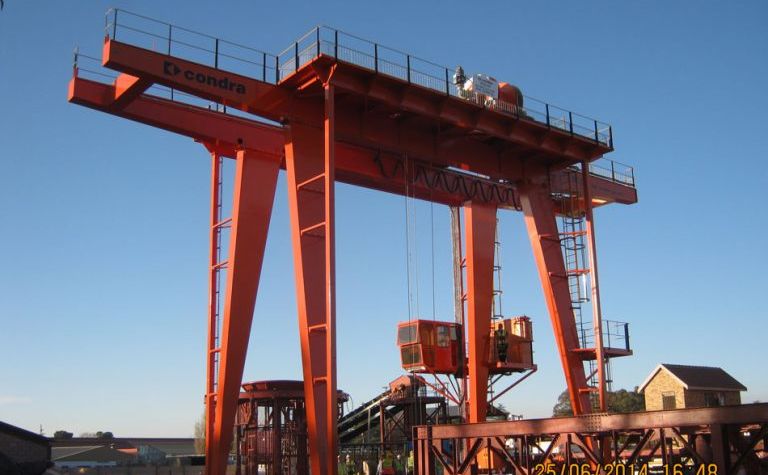 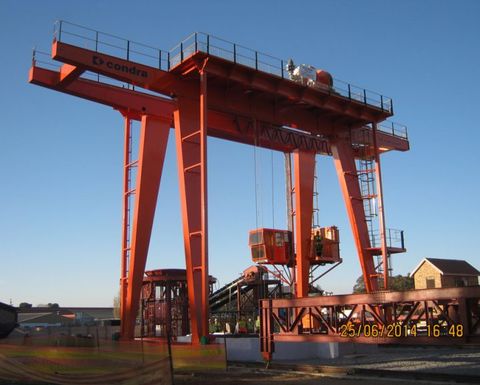 A customised portal crane from Condra at a diamond mine

Condra officials said that the pre-sinking of the mine shaft will be completed in less than a quarter of the time - four months versus 18 months - using its technology, which includes a significantly increased lift speed for the main hoist of 1m per second. The design also includes improved drives, gearboxes and safety devices, as well as better cabin access and remote control operation.

Shaft 6 will have two Condra portal machines, which will be erected over the mouths of the main and auxiliary rescue shafts and stay in place in that position until the shafts are drilled, blasted, supported, cleaned and lined.

"The Condra portal is radically different from the level-luffing type of crane traditionally used for pre-sinking," the company said. "Instead, a high-speed, high-lift main hoist removes excavated spoil vertically, by kibble, through an opening in the centre of a drilling stage positioned by two separate stage winders mounted on the same portal frame."

While the crane maker did not confirm the delivery date, Condra said the main order was taken on July 24, just weeks after the early July start of the portals project and the long-lead portion of the order was received. Both cranes are scheduled to be completed in early November; their design includes disassembly and containerisation, and shipping to the mine will be made via China.

"Lifting speed of the 160kW, 15t main hoist on the new portals will double to 60m per minute," the company said of the project. "The portal frame itself will comprise a 14m high, 12m span extended by 3.2m cantilevers on both sides to allow excavated spoil to be moved to dump trucks using roads adjacent to the shaft. Stairwells will replace the cat ladders of the ... mine portal."

The below-ground lift height will be sizable, 100m, and the completed machine will weigh in at 88t.

The open-pit and underground Oyu Tolgoi copper and gold complex is south of the Mongolian capital of Ulaanbataar, in the Gobi Desert. It is the country's largest-ever mining project.