Rio Tinto has opened a fourth diamond pipe, known as A21, at the remote subarctic Diavik diamond mine in the Northwest Territories of Canada 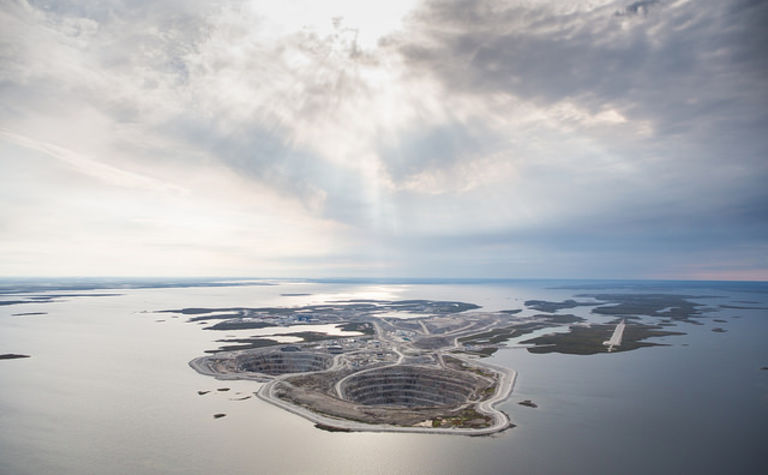 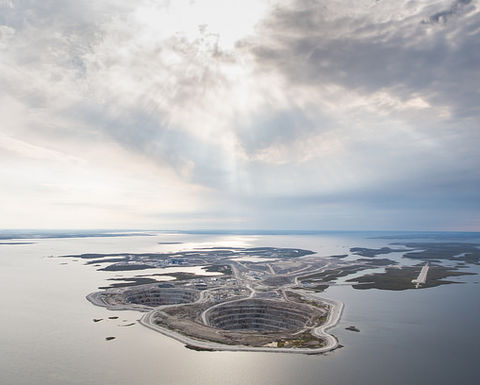 PRESS RELEASE: The new open-pit pipe will provide an important source of incremental supply over the next four years to sustain production levels at the Rio Tinto operated mine.

Wally Schumann, minister of industry, tourism and investment with the government of the Northwest Territories, was guest of honour at the celebration attended by indigenous community representatives, joint venture partners and Rio Tinto employees.

The A21 pipe is located adjacent to Diavik's existing mining operations at Lac de Gras. First ore was delivered in March, and the pit is expected to be at full production during the December quarter of 2018, following a four-year construction period and an investment of approximately US$350 million, shared by Rio Tinto (60%) and joint venture partner Dominion Diamond Corporation (40%).

"It is a remarkable achievement to deliver this project safely and ahead of time in such a challenging environment, positioning Diavik to continue meeting the demand for its outstanding diamonds."

The Diavik diamond mine, located 300km north-east of Yellowknife, capital of Canada's Northwest Territories, began production in 2003 and has been a fully underground mining operation since 2012. The mine produces predominantly gem-quality diamonds destined for high-end jewellery in all major consumer markets around the world.

Diavik Diamond Mines president Patrick Boitumelo said: "Our people can take great pride in their achievement to safely bring the A21 pipe from development to commercial production. This new pipe is great news for the Northwest Territories and will help to deliver economic and social benefits that will endure beyond the life of the Diavik mine."