After three years of preparation work, Alrosa has commenced commercial diamond production at the Verkhne-Munskoye field in Yakutia, Russia 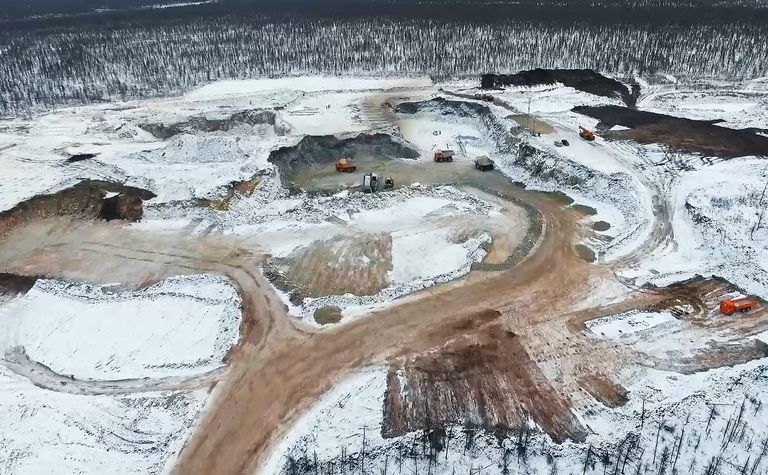 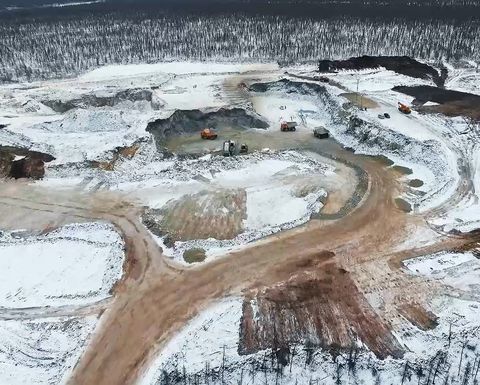 The mine, which is projecting annual production of 1.8 million carats over at least 20 years, is located 170km from the existing Udachny Mining and Processing Division (MPD) facility. Because construction of a new plant on-site would have not been financially feasible, the building of a service lane to connect the two was a key element.

An October 31 ceremony marking the opening of the mine was attended by Russian president Vladimir Putin and other dignitaries, and the first industrial explosion at the facility was set off by Sakha Republic (Yakutia) head Aysen Nikolaev and Alrosa CEO Sergey Ivanov.

Verkhne-Munskoye is Alrosa's largest investment project; total cost for the entire field development process has been estimated to be about Rb60 billion (US$909 million) (including its maintenance capex till 2042). Among its fleet are Scania and Volvo articulated vehicles with cargo carrying capacities of 95t - being used in Russia for the first time.

"[The] Verkhne-Munskoye field will compensate the decrease in production at other facilities, in particular, it will replace the retired capacities of Mir," Ivanov said.

"Thanks in no small part to this project, Alrosa Group will be able to increase its production volume next year."

Diamond miner is cutting output forecast and temporarily closing another mine