Four to six weeks of commissioning work now lies ahead for Canadian miner Hudson Resources, which confirmed this week that construction at its White Mountain anorthosite/calcium feldspar project in Greenland is officially complete 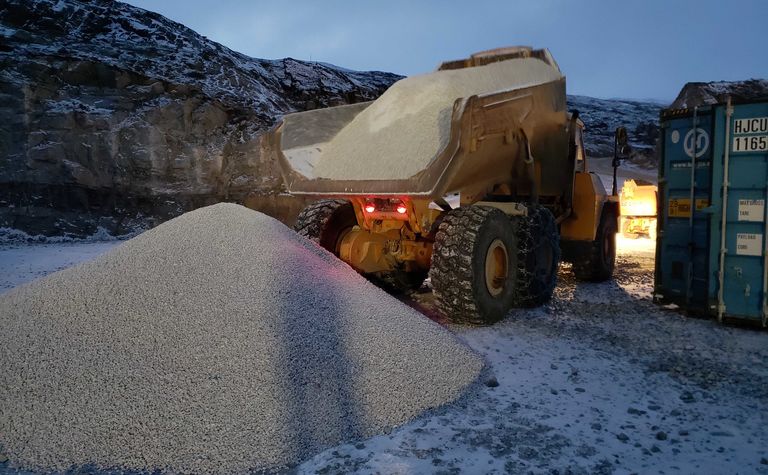 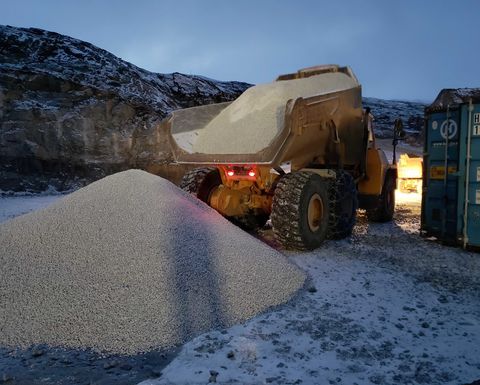 First loads of crushed anorthosite delivered to the plant

The company said the mine's haul road, now finished, is seeing product being trucked to the plant. Both the primary and secondary mobile crushers are producing feed material for the process plant, which is now fully commissioned and operational.

Crews have completed a dry run of all of the plant's equipment, including under load, and it is now feeding crushed rock to the plant. Balancing of the plant systems is now being performed.

"We are very excited to have reached this key milestone of delivering our anorthosite from the mine to the plant and watching it being processed into product for our customers," president James Tuer said, adding that the four-to-six week timeframe is an estimation.

"We are in negotiations with shippers to move the first load of finished product to the US east coast in January."

Hudson's anorthosite is a calcium feldspar rock that primarily consists of aluminium (31%), silicon (50%) and calcium (15%). The White Mountain anorthosite is unique in its size and purity, according to company officials; the only larger anorthosite occurrence is on the moon.

Hudson owns 100% interest in White Mountain, which has a 100-year estimated mine life currently and is already fully permitted for 50 years.