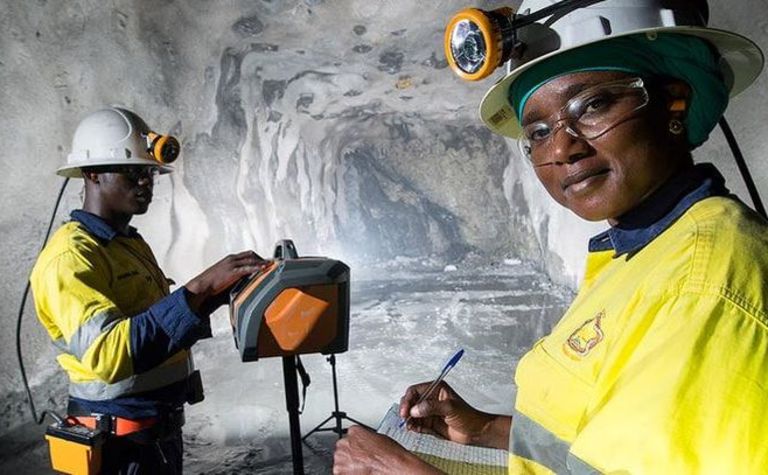 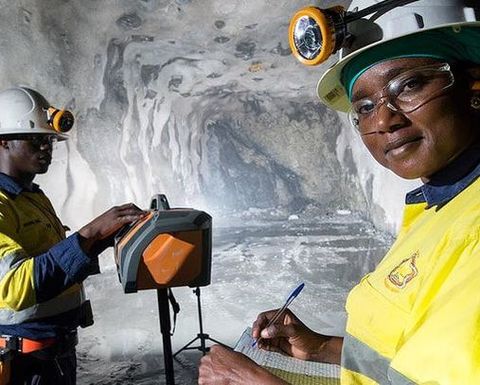 Development of the mine began in October 2016

The extraction of first ore from the southern end of the 1105 level of the Syama sub-level cave marks the greatly anticipated beginning of the main caving operation at the Syama underground mine and the achievement of a major milestone for the company.

Development of the mine began in October 2016. First development ore was delivered during the March 2017 quarter and first long-hole stoping ore was produced during the September 2018 quarter.

John Welborn, managing director and CEO of Resolute Mining, was on site at Syama for the commencement of the new sub-level cave underground mine. He commented: "The successful development of the Syama underground mine represents a pivotal moment in the long history of Resolute. Syama will be the world's first, purpose built, fully automated sub-level cave gold mine. It is a world class, long life, low cost asset that will deliver long term benefits to our shareholders, stakeholders, and local Mali communities for years to come."

He added: "Syama will be the most sophisticated and advanced gold mine in Africa. Our investment in exploration, infrastructure, technology, power, and innovation at Syama has transformed a world-class orebody into a world-class mine. Resolute has an ambition to be a leader in sustainable and responsible economic growth in Africa. We recently announced plans to build a new 40 MW Syama solar hybrid power plant which will deliver an expected 40% savings on power costs and is expected to be the world's largest mine based, off-grid fully integrated independent solar hybrid power plant.

"The commissioning of Project 85, a series of sulphide processing plant upgrades, will enable us to achieve improved recoveries from high-grade ore sourced from the new sub-level cave. The combination of mine automation, improved recoveries, and lower cost power has the potential to increase Syama site production to 300,000oz/y of gold and reduce life-of-mine all-in sustaining costs to below US$750/oz.

The initial development of the sub-level cave infrastructure including the twin declines and access to the first four sub-level levels of the cave, the 1130, 1105,1080 and 1055 sub levels, has been established.

The work completed to enable the sub-level cave to commence includes:

Approximately 400,000t of development and long hole stoping ore have been extracted from the underground mine to date. Mining rates will gradually build up over the first half of 2019 and are expected to reach nameplate capacity of 200,000t per month by the end of June 2019.

Sub-level caving is an advanced and highly efficient low-cost bulk underground mining method that provides early access to ore. Mining commences at the top of the deposit and develops downwards. Ore is mined from sub-evels spaced at regular intervals throughout the deposit. A series of ring patterns are drilled and blasted from each sub-level, and broken ore is extracted out after each blast. Sub-level caving comprises a series of repetitive activities and is ideally suited to automation.

Syama is well suited to the sub-level caving mining method because of its scale, width, orientation and uniformity of grade. Unlike other bottom-up caving methods (block cave, panel cave) sub-level cave mining is a top-down method and therefore does not require large initial investments in mining infrastructure prior to commencement.

The Syama sub-level cave commenced on the 1105 level with the firing of the first production ring. Production drilling continues in the 1105, 1130 and 1200 levels as the Syama underground mine advances towards the targeted full production rate of 2.4Mt/y.

The automation of the Syama underground mine is a key driver of lower costs. The installation of infrastructure to support fully autonomous mining continues as development areas are completed and become accessible. Trials conducted by Sandvik have confirmed the ability of automated trucks to switch from underground laser positioning to GPS guidance on the surface to allow fully autonomous delivery of ore from the mine to the mill.

Having commenced production from the sub-level cave, work will now focus on commissioning of the automation fleet. When fully commissioned the autonomous mining operation will comprise:

In addition to lowering costs, automation will increase safety and productivity at Syama and create and sustain numerous highly skilled jobs in Mali for the life of the mine.

Sub-level caving will continue at the 1105 level and additional production areas will be established on the 1130 and 1080 sub-levels. Ore production is expected to achieve the full production rate of 2.4Mt/y by June 2019.