Agnico Eagle Mines, within the report of its March-quarter earnings released last week, revealed that its next mine to reach commercial production, Meliadine in northern Canada, is on target to hit that mark sometime next month 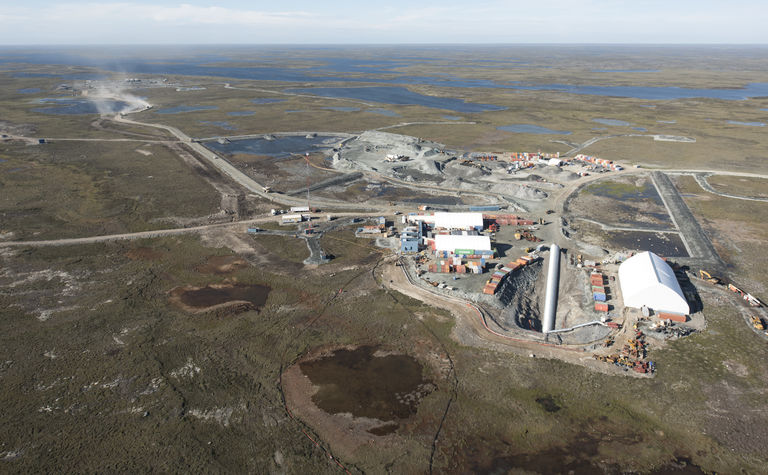 Agnico Eagle's Meliadine in the Nunavut Territory of Canada

The Canadian miner said commissioning of the Nunavut Territory mine's process plant commenced in the March quarter, and it made it to 17,582 ounces over the financial period in pre-commercial gold production.

It is projecting mill throughput of about 3,000 tonnes per day on average over the June quarter; officials confirmed the plant has already operated at 3,700t/d on several occasions.

There are three underground mining areas that are now in operation at Meliadine, with operations at a fourth area expected to begin in the new quarter.

CEO Sean Boyd noted that 2019 is "off to a good start" operationally, particularly with good production and cost performance at its Goldex, Kittila, Pinos Altos and Creston Mascota projects.

"We have also seen significant exploration results from several of our key pipeline projects in the first quarter. With commercial production expected shortly at Meliadine, and [sister mine] Amaruq on schedule for start-up in the third quarter of 2019, we anticipate higher gold production to result in increased earnings and cash flow in the second half of the year. This should allow the company to continue to advance its development pipeline."

Meliadine, 100% owned by Agnico Eagle, has a mine life of 14 years. It is eyeing 230,000oz of production in 2019 from the underground and open-pit areas of the complex. It is the company's second major project in Canada's Low Arctic after the Meadowbrook mine.