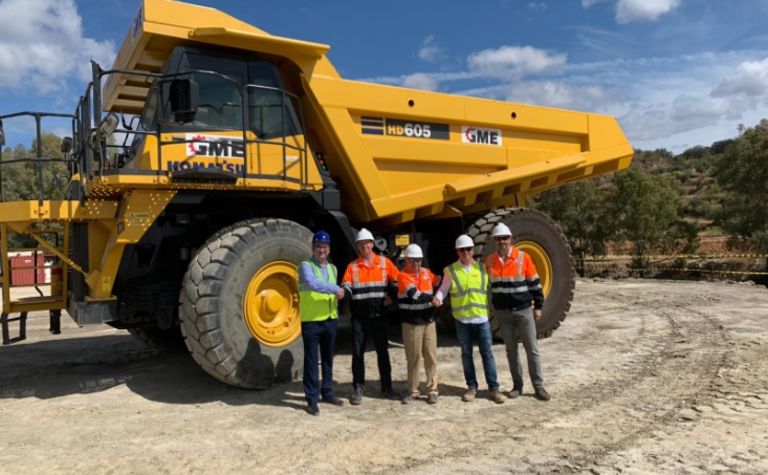 The two parties have signed a formal agreement, with the GME team to be locally managed by an experienced mining engineer, a production foreman and a safety manager responsible for the fleet operating team.

"Importantly, the contract is in line with our final investment decision report, which further underpins our confidence of achieving the low operating costs we have outlined," he said.

W Resources said the La Parrilla mining fleet was in place, with three 60-tonne haul trucks, a Liebherr excavator and other auxiliary equipment on-site, which will be gradually scaled up in response to the demand as ramp-up progresses.

"Development at La Parrilla is progressing well, and project construction completion remains in line with guidance for completion of the concentrator plant in June," it said.

The plant will then be commissioned during July, with the delivery and installation smaller modular plants, like the MCC, also due in early July.

Masterman said La Parrilla remained within budget, with the ramp-up to T2 of the project coming up, which would deliver significant earnings starting this year.