Resolute Mining’s Syama underground mine in Mali has achieved commercial rates of ore production, having mined and hauled in excess of 80% of nameplate mine capacity 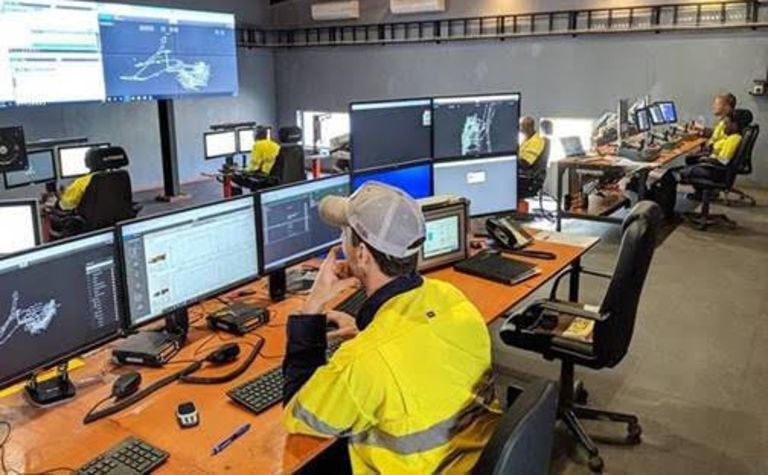 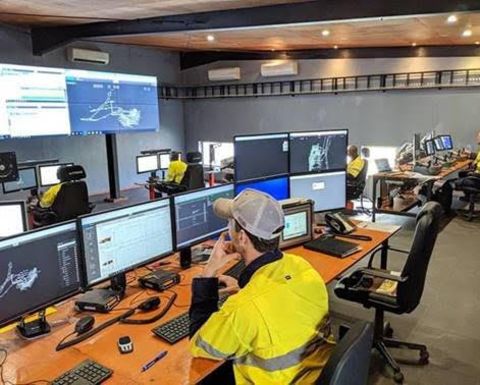 The Syama underground mine will be the world's first fully automated underground gold mine and at full capacity will produce approximately 46,000t of ore per week, or 2.4Mt/y, using a fully integrated automated mine fleet. All key aspects of the mine are now operational with daily ore haulage rates regularly above 5,000t/d.

Following commencement of sublevel caving in December 2018, the key elements of the ramp up of the Syama underground mine consist of infrastructure, development, and the automation implementation programme.

John Welborn, managing director and CEO of Resolute Mining, confirmed that Resolute continues to deliver on the company's important strategic goals for 2019.

"The Syama underground mine will transform Resolute," he commented. "Achievement of sustained rates of commercial production from the world's first fully automated underground gold mine is a key milestone for Syama, for Resolute, and for the mining industry.

"I congratulate the Syama project team, our operations team, and all our partners on this success. We are now focused on continuing the successful production ramp up to nameplate capacity and the completion of full automation of all aspects of the sublevel cave during 2019."

The June 2019 quarter has seen substantial progress in development rates, drill and blast performance and sublevel cave drawpoint availability. This has resulted in total blasted ore tonnage mined for the current quarter increasing significantly and is expected to total almost 600,000t.

Based on current performance, ore hauled to the run-of-mine (ROM) pad during the current quarter will total approximately 320,000t. This represents more than double the hauled tonnes achieved in the March 2019 quarter (152,000t).

Resolute stated that the haulage improvement has been achieved by the successful development of additional production slots which has allowed the number of active stoping areas (drawpoints) to be increased from six to 12 over the course of the current quarter.

As current stoping activity is occurring on the first production levels of the cave, a significant quantity of the ore blasted in the stopes is retained in-situ in order to create an ore blanket against future hanging wall dilution. These ore tonnes will be recovered from the lower levels of the mine. Consequently, the blasted ore tonnage for the June 2019 quarter will exceed mined (hauled) tonnage by more than 250,000t.

Underground pumping systems at Syama are now fully installed and operational. In addition to the underground pumping facility, a surface water management program is in place, which is allowing the mine to intercept and remove a large volume of rainfall that would otherwise enter the mine during heavy rain events. The permanent primary ventilation system was installed and commissioned during the March 2019 quarter and has resulted in reduced re-entry times following blasts.

The commissioning of the Syama underground automation system is now well underway, with operators in the newly completed surface control room able to control underground production units over shift-change, blasting and re-entry periods when there are no personnel in the underground mine. Resolute stated that this represents the initial delivery of one of the main benefits of automation, the ability to maintain production over periods when operations would normally cease in a typical manual mine.

The fibre optic backbone and mine-wide wireless network is now complete from the portal down to the 1055 haulage level and is connected to the surface control room. This network enables the operation of the automated haulage loop, automated rehandle level, mine digitisation and production automation, all of which allow operators to monitor and control mine production in real time.

The company explained that a major technical characteristic of the world's first fully automated haulage loop is the ability for Syama's haul trucks to rapidly transition from laser-based underground navigation to surface-based differential global positioning system (GPS) navigation. Recent trials at Syama have demonstrated that Resolute's haul trucks are able to acquire the feed from the two surface GPS base stations and seamlessly lock onto satellite guidance to complete the transition to GPS navigation without any delay or speed reductions.

The next phase of automation work will see the commissioning of the 1055 haulage level with automated rehandle loaders and haulage trucks working together to load from an ore pass and truck directly to the surface ROM pad.

With the fans, pump stations, control room and communications network complete, the automation project is being progressively handed over to the operations team which is now at normal operational manning levels.