B2Gold has approved a US$50 million expansion of its 80%-owned Fekola mine in Mali, CEO Clive Johnson has told Denver Gold Forum in Colorado, US 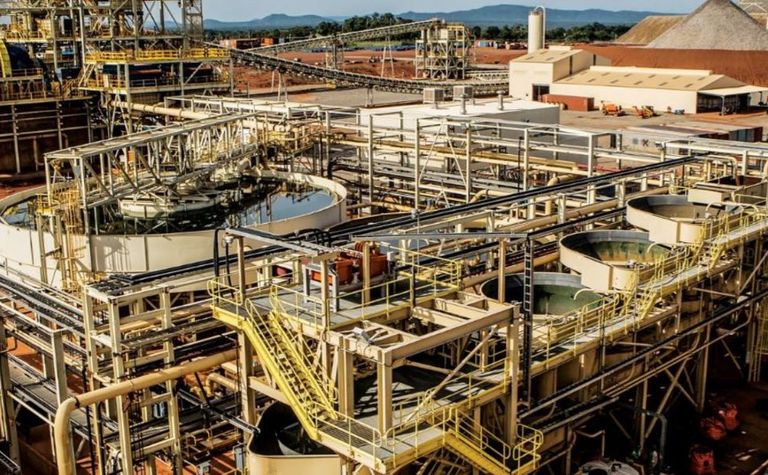 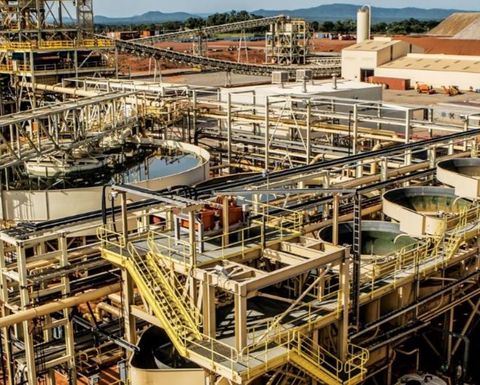 Construction on the Fekola expansion will start next month

The planned expansion will lift plant throughput to 7.5 million tonnes per annum, increasing gold production to 550,000oz/y in the first five years, with the operation slated to average 400,000oz/y over the remaining 12-year mine life.

Johnson said the company expected increased Fekola production in 2020 at 600,000oz, mainly thanks to an enhanced mine plan and a larger fleet.

Johnson told the audience in Denver the decision to proceed with the expansion was based on the exploration success the company had enjoyed at the Mali mine, which had become the company's cornerstone asset since pouring first gold late in 2017.

Fekola has been the basis for B2Gold's ascension to the big league. The operation grew from the 2015 feasibility throughput of 4Mtpa to 5Mtpa in 2017, to 5.6Mtpa in 2018 and to the current of 6Mtpa.

Johnson said construction would start next month and was expected to be complete by the September-quarter of 2020.

The expansion will extend the mine life to 2030 by providing the ball mill with more power and upgrading other plant components such as the cyclone classification system, pebble crushers and building additional leach capacity to support the higher throughput.

Johnson also said the company had started work on detailed engineering and construction for a new a 30MW solar power plant, which he expected would reduce operating costs and greenhouse gas emissions. The project is also expected to be completed by the September quarter next year.

Johnson said B2Gold might be on the trail of another Fekola deposit.

The Vancouver-headquartered major reported heartening drill results from Fekola's Anaconda area, where the world-class exploration team succeeded in expanding the Mamba zone, about 20km from the Fekola open pit.

Drilling had extended shallow, high-grade saprolite mineralisation by about 600m to more than 1km in strike length, he said.

"This is the most exciting story I have told over the past 29 years of attending the Gold Forum Americas," Johnson said.

Results also pointed towards a new "good grade" sulphide zone about 150m below Mamba, which remained open at depth and towards the south, which Johnson said "indicated potential for more Fekola-style deposits". "The potential is to have one or more additional Fekola mines there," Johnson said.

The the company in July increased the 2019 Mali exploration budget by C$3 million to $20.5 million.

Mamba is about 1km east of Anaconda where the company has a compliant resource of 767,000oz grading 1.1g/t in near-surface saprolite mineralisation with a strike length of more than 4.5km and up to 500m wide.

B2Gold also continues to undertake reconnaissance drilling on the Cardinal zone, less than a kilometre west of Fekola.

Johnson added the company would also restart drilling at Anaconda next month to test the extent of the saprolite zones and to further explore for sulphide mineralisation at depth. Another 30,000m is planned before year-end and the aggressive programme will continue into 2020.

B2Gold also announced a deal with long-time partner AngloGold Ashanti on Monday that will allow it to take control of the Gramalote project in Colombia.

Johnson said the partners could not reach agreement on the way forward for the project and for that reason B2Gold had, in fact, started divesting from it.

Under terms of the deal, B2Gold will fund investment and exploration at Gramalote next year to the value of $13.9 million and will assume management of the project in January 2020.

The companies have also agreed on a feasibility study budget of about $40 million to fund 42,500m of infill drilling and 7,645m of geotechnical drilling for site infrastructure.

Johnson said he expected the programme to be completed by May next year and Gramalote would become B2Gold's next build.

Meanwhile, B2Gold expects a $100 million transaction to divest its Nicaragua assets to Calibre Mining to close next month, "which will allow Calibre to accomplish what we've been working towards; to consolidate gold mining in Nicaragua".

Critically, despite divesting its Nicaragua assets, Johnson believes the company will still achieve the lower end of its 2019 guidance at about 935,000oz.