Swedish base metals miner Boliden will go ahead with a planned SEK1,250 million (US$148.6 million) expansion of its Kristineberg mine that the company says will “future-proof” the Boliden Area. 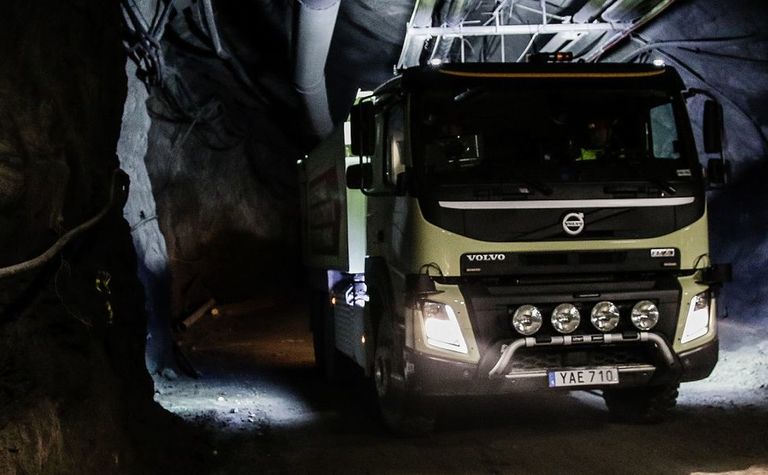 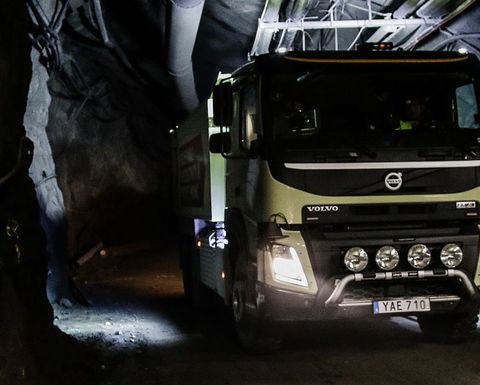 A self-driving Volvo FMX is tested at Kristineberg, Sweden

The planned expansion of the Kristineberg mine towards the Rävliden mineralisation zone, which is still awaiting a permit, would increase milled volumes in the Boliden Aea to 1.8 million tonnes when operational by 2023, said the company.

"This is a very important step in future-proofing the entire Boliden Area. The expansion and modernization of the mine will take place in several stages, during which we will, of course, also evaluate opportunities for employing fossil-free technology. In parallel, we will continue with exploration efforts in the area," says Stefan Romedahl, President of Business Area Mines.

The application for expanded production at Kristineberg mine is with the Swedish Land and Environment Court, but the company has begun preparatory investments in infrastructure and water treatment.

Boliden plans a new ramp and a new crushing station as part of the expansion. A completed expansion will mean, in addition to increased mine production, that the life of the Kristineberg mine will be extended and that capacity utilization in the Boliden Area's concentrator will be improved.

The company noted today in a quarterly update that profits from its smelting division had fallen, and it had faced COVID-related production issues, reports Mining Journal.

Operating profit excluding revaluation of process inventory (PIR) amounted to SEK2,449 million (US$291 million) in Q1, down 19% quarter-on-quarter and 9% below consensus.

The base metals miner suffered production disruptions at its Aitik mine in Sweden and its Tara mine in Ireland during the period due to COVID-related sick leave. Boliden said operating profits from its mining segment were down by SEK300 million (US$35.7 million) as a result, although the Q1 figure of SEK1,631 million (US$193.9 million) was in line with consensus.

However, operating profit (ex-PIR) for smelters came in 10% below consensus at SEK949 million (US$112.8 million). This weaker-than-expected performance was driven by lower income from treatment charges, with roughly half of the company's zinc smelting volumes at the 2021 benchmark of $159/t of concentrate - a significant decline following two years of rising charges.