A small but significant step has been completed in the newly commissioned gold room at Emerald Resources’ 1.14 million ounce Okvau mine in Cambodia. 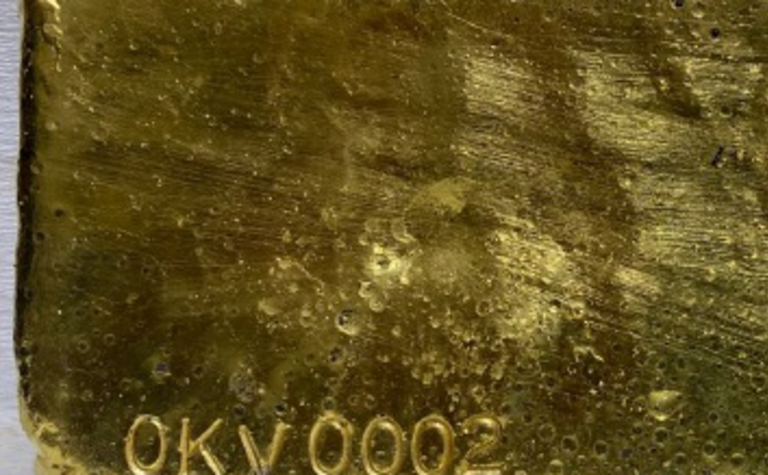 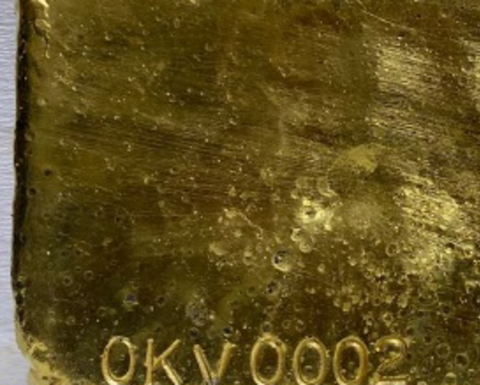 One of two bars produced during commissioning of the gold room

Two gold dore bars weighing a combined 8.6kg have been produced during the three-day commissioning of the gold room.
The company had promised first gold before the end of the current quarter and achieved it with six days to spare.
Emerald chairman Simon Lee said he was proud of the achievement from staff, contractors and suppliers in Australia and Cambodia who had battled unprecedented challenges, including a global pandemic, to meet its target of commissioning and first gold production on time and on budget.
Managing director Morgan Hart said Okvau was the first modern large-scale mine to operate in Cambodia, marking a new industry for the Southeast Asian nation, which should bring opportunities and benefits to Cambodians.
Commissioning continues at Okvau, with the focus now on the fine grind float circuit and adding higher grade sulphide ore to the process plant as the open pit mine and two million tonnes per annum mill ramp up to full production.
Emerald is maintaining its guidance of 100,000-120,000 ounces per annum of production, with average production of 106,000ozpa at all-in sustaining costs of $754/oz, in line with its 2017 definitive feasibility study.
Shares in the newly minted miner, which have traded between 48c and $1.11 over the past year were up 3% today to 92.5c, valuing it at $463 million.

First gold expected in the June quarter of next year