The company has nearly completed its pilot water treatment study 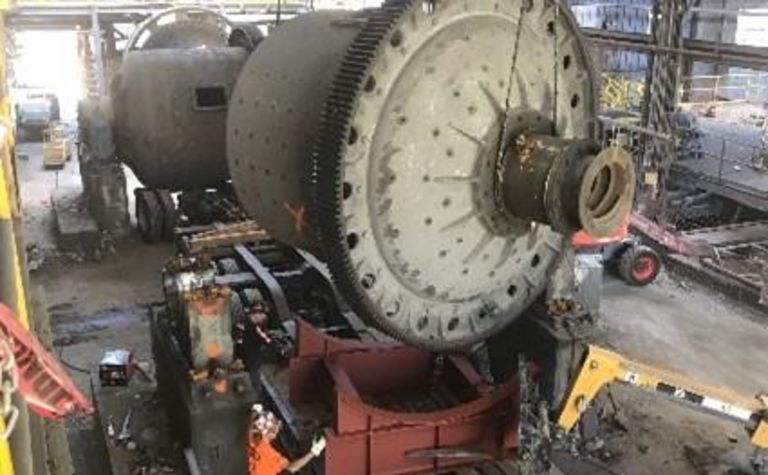 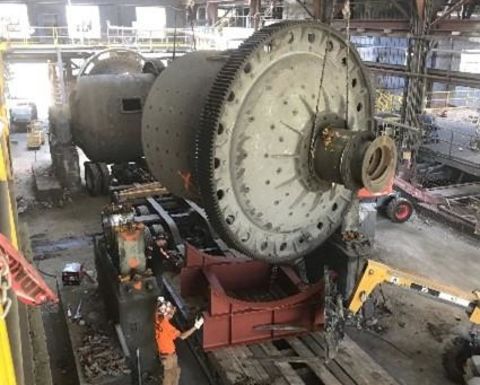 Bunker Hill ball mill is loaded on a trailer.

Bunker Hill is inching towards its restart of its Bunker Hill silver-lead-zinc mine in Idaho, having advanced its underground decline from the 5 level to the 6 level, approximately 1,100 feet.

The Toronto-based company now plans to rehabilitate pre-existing decline infrastructure that connects to the 8 level, which will save time and capital.

Once completed, Bunker Hill will have access to mineralisation that will allow the restart of the mine.

In the last week of July, the company needed to deploy a 265-ton crane to extract the ball mills, regrind mills, larger flotation cells, and the lime solo.

Bunker Hill will now load and transport spare parts, built-in overhead cranes, laboratory equipment, and the underground jaw crusher from the Pend Oreille site. This will be completed by the end of August.

The company is now inspecting the equipment, and is drawing up a maintenance and renovation programme for the mill equipment.

The Wardner yard has now been cleaned up, and will house future dry facilities and surface storage for the heavy equipment fleet. The fleet will include two additional underground haul trucks and an electric jumbo drill.

These equipment will be used to further advance the decline, and possibly for simultaneous mine development and mining in the pre-start period.

Bunker Hill also plans to complete a major upgrade of electrical infrastructure and is working with local electricity provider Avista to enable a transition from relying on diesel generators to using the main electricity grid. Bunker Hill is targeting the December quarter 2022 for connection.

The company has nearly completed its pilot water treatment study, to ensure the plant's Lamella clarifier removes metals from the mine discharge water and meets local environmental standards.

The pilot system was built at one-twentieth of the full-scale plant, and is now being modified using the results of the study. The pilot plan, pilot study, and full-scale system design were provided by MineWater LLC.

Bunker Hill plans to release a prefeasibility study by the end of the September quarter this year, and its development timeline remains unchanged.

The mine will be restarted by the end of 2023