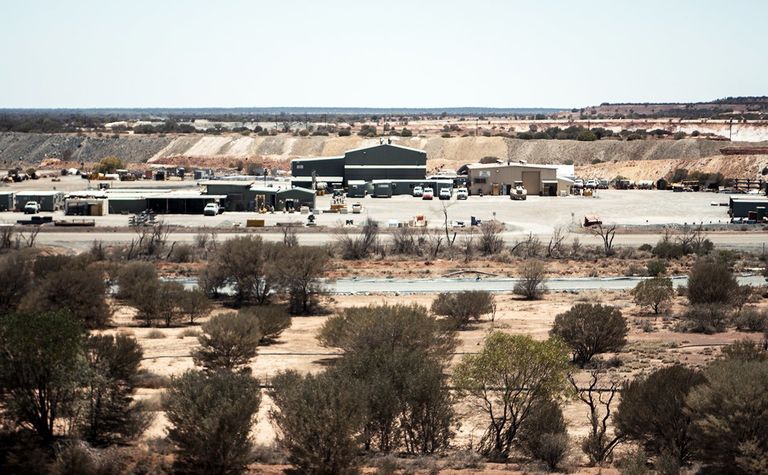 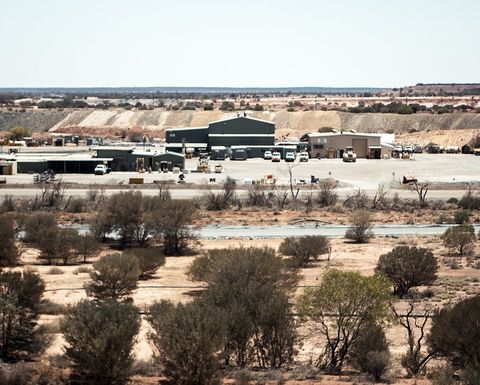 Byrnecut Australia is responsible for all underground mining and fleet maintenance at Jundee, while Northern Star undertakes mine and blast design, production geology, survey, geotechnical and mine planning. Byrnecut Australia has had a presence at Jundee for more than 15 years with the mine’s various owners, and the current contract with Northern Star is one of the contractor’s biggest active projects.

Located 50km northeast of the tiny town of Wiluna and 1,150km by road or a two-hour turboprop flight northeast of Perth in Western Australia, Jundee is the definition of remote. But since production started in 1995, the mine has made the trek worthwhile for mining companies, producing more than 7Moz of gold.

Northern Star Resources bought Jundee from the mine’s third owner Newmont in 2014, a cornerstone of a series of acquisitions affirming its spot as Australia’s third-largest gold producer. Ever since, the company has steadily revealed new mineralisation through aggressive exploration drilling.

“Under the original plan, Jundee would have been on its way to winding up right now and closing the gates,” said Keith Law, the project manager for Byrnecut Australia’s contract at the operation. “Northern Star have found more orebodies and more work and at the moment it’s got 10 years-plus mine life.”

During the December 2016 quarter, Jundee produced 59,527oz of gold – nearly half of the 124,871oz Northern Star produced during the quarter.

During a downturn that many mining contractors have simply tried to survive, Byrnecut Australia has thrived. Pat Boniwell, managing director at Byrnecut Australia, cited several factors that have played into the company’s recent success: “Our business is more weighted in gold, which has helped since gold’s weathered the downturn better than other commodities. More important than that, we have talented, experienced employees and great clients running really strong operations. We’re backed up by strong, long-term suppliers, and those relationships are extremely important to us.

“We encourage innovation from our suppliers, which helps us remain competitive and continue to add value to our clients. The point at which we cease to do that, we cease to exist as a contractor, so that’s critically important. We’re always looking for the next opportunity to implement state-of-the-art technology to improve our operations, either from a safety, productivity or cost perspective.”

Byrnecut has relied on Sandvik drill rigs to achieve development and production targets in projects across Australia and abroad for almost three decades.

“As an organisation I think we bought our first drill off Sandvik in 1988, so it’s been a long relationship and on the whole a pretty healthy one, I think for both parties. We’ve stuck with the Sandvik product, particularly in the drill space, for a long period of time now, for all of that nearly 30 years.”

Byrnecut Australia trialled the latest intelligent Sandvik development jumbo, the Sandvik DD422i, at another Western Australia contract in early 2015, with a primary aim to validate its new drilling and cabin concepts. 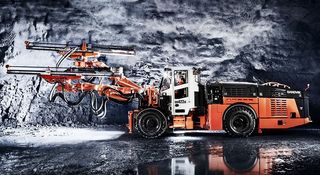 Boniwell admitted that the contractor may have initially overlooked the value the new rig’s technological innovations would prove to deliver. He said: “At first it was more about the new platform and getting better reliability. What became apparent pretty quickly was that in this new product the integration of the latest technology into the robust drill platform had been done better than ever before. That gave us some confidence to start pushing the automation side, the drill control side, less machine intervention with the manual control, and marrying those together. The operator interface is more intuitive, so our drillers accepted the unit and the technology.”

Byrnecut Australia brought the drill to Jundee later in 2015 to test its automation benefits.

Law explained: “It didn’t take long for us to realise that this drill was going to affect our business in a positive way and give us big advantages in cost and productivity.”

During a three-month trial at Jundee, Sandvik DD422i drilled in excess of 60,000m monthly. Consumable costs fell by 25% thanks to longer tool life and Byrnecut Australia halved its overbreak. The new drilling control system significantly improved productivity and accuracy, adjusting dynamic drilling power based on rock conditions and eliminating the need for operators to modify any drilling parameters.

More than a year later, Sandvik DD422i remains responsible for all development at the mine.

“Being able to extremely accurately control the level of overbreak within designed tolerances has been fantastic,” commented Boniwell. “The additional savings we’ve realised through less ground support time, cycle time, less scaling, those kinds of things, has been better than we expected, and then the final piece has been we’ve been able to realise gains through using automation between shifts, so with no operators present we’ve been able to consistently have the machine drilling in auto mode.

“Every additional metre you can get on auto drilling is just straight to our bottom line from a productivity and dollar sense.”

Sandvik DD422i drills as many as 20 holes during a shift change at Jundee, and Byrnecut Australia also takes advantage of its automation during blasting and ventilation times. Operators use some automated functions during their shifts to achieve more consistent drilling results.

Ryan Selfe, a Byrnecut Australia jumbo operator, quickly embraced the new drill’s technology and appreciates benefits that save him time, including no longer having to mark up the face before he starts drilling.

He explained: “All I’m doing is putting in a cross on the face and a backsight, and then write all the measurements in there in the computer system, and you’re drilling sort of within five minutes of plugging in. It’s very user-friendly.”

Law said: “The reports it generates are just mind-boggling, more information than you could ever want of every cut, every hole that the machine drills. We can pull up every profile, every hole depth, a 3-D model of the cut that has been bored, so we can sit down with the operators if things aren’t working and develop a good plan to fix any problems we are having with the cuts.”

Based on its success at Jundee, Byrnecut is already introducing Sandvik DD422i in other contracts at home and overseas.

“We’re getting a better result, we’re getting nicer-looking drives, our overbreak is less so we’re not trucking dirt that we shouldn’t be trucking, the ground support’s better, easier to put up,” Law concluded. “We’re taking a lot of the human error out of the mining site, and automation is just this key. Based on our experience to date, Sandvik DD422i will be the jumbo fleet of the future for Byrnecut. We need something to stay ahead of the competition and this rig provides that.”

State-of-the-art communications and Cloud tech seen as the backbone of the Connected Mine.

Boart Longyear on the digitalisation of drill rigs