Mining… To the moon and back

Space travel has made it back into the headlines again – it is an idea that definitely isn’t going away anytime soon, finds Ailbhe Goodbody 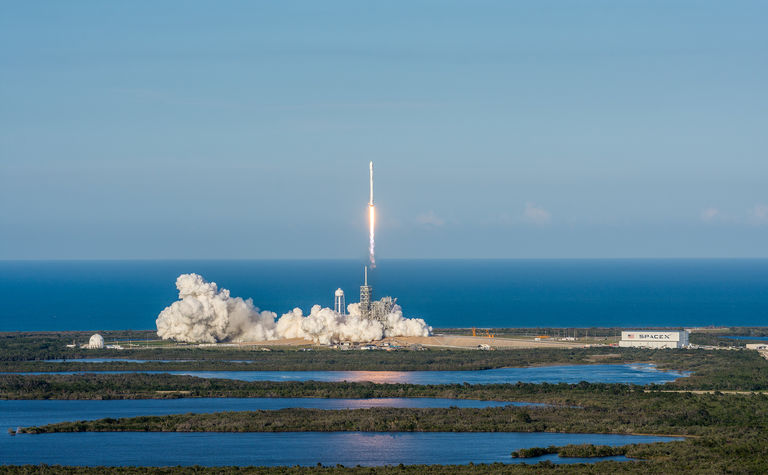 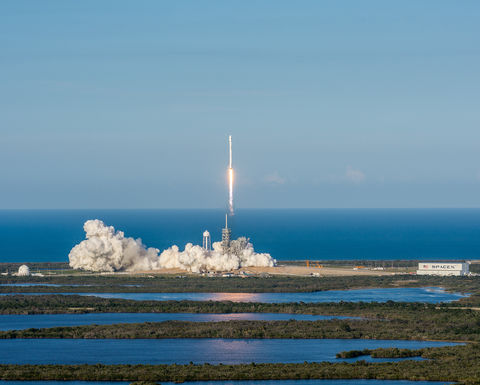 Last week marked the world's first reflight of an orbital class rocket, according to SpaceX

Last week SpaceX, the California, US-based company that designs, manufactures and launches advanced rockets and spacecraft, successfully re-flew a segment from one of its Falcon 9 rockets. The company stated that the SES-10 mission, which delivered a commercial communications satellite to a geostationary transfer orbit, marked “a historic milestone on the road to full and rapid reusability as the world's first reflight of an orbital class rocket”.

The importance of this reusability development is about cost savings. The various segments of rockets are typically destroyed during ascent and so are discarded; however, SpaceX intends to recover the first stages and reuse them multiple times to reduce operating costs. The booster from last week was brought back under control and landed on a barge stationed in the Atlantic Ocean, but the company has also previously returned a rocket to Cape Canaveral Air Force Station in Florida, US. 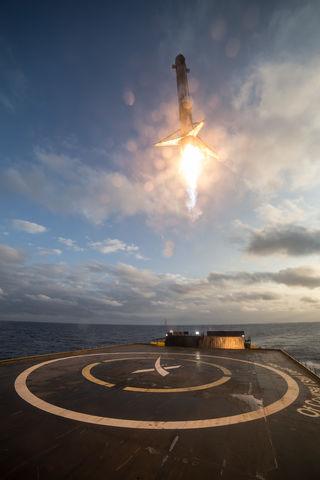 The company believes that a fully and rapidly reusable rocket is the pivotal breakthrough needed to substantially reduce the cost of space access by making rocket launches dramatically cheaper, therefore making space more accessible. According to its website, SpaceX’s Falcon 9 rocket currently carries a list price of about US$54 million, while the cost of fuel for each flight is only around US$200,000 (or approximately 0.4% of the total); this means that the greatest part of the launch cost comes from building the rocket, which flies only once.

For comparison, a Boeing 737-600 commercial airliner has a similar list price to the Falcon 9, but can fly multiple times a day and will normally operate tens of thousands of flights over its lifetime. Elon Musk, founder, CEO and lead designer at SpaceX, has stated: “If one can figure out how to effectively reuse rockets just like aeroplanes, the cost of access to space will be reduced by as much as a factor of a hundred. A fully reusable vehicle has never been done before. That really is the fundamental breakthrough needed to revolutionise access to space.”

Following last week’s launch, Musk added: “I think it's an amazing day for space. It means you can fly and re-fly an orbit-class booster, which is the most expensive part of the rocket. This is going to be, hopefully, a huge revolution in spaceflight.”

While it sounds like something out of a science fiction novel, SpaceX's stated aims are to “revolutionise space technology, with the ultimate goal of enabling people to live on other planets”. Musk has previously outlined the long-term technical challenges that need to be solved to support the creation of a permanent, self-sustaining human presence on Mars, including potential architectures for sustaining humans on the planet that industry, government and the scientific community can collaborate on in the years ahead.

SpaceX is not specifically looking at mining itself; however, there is always the possibility that the company will team up with other companies that have this focus. In December 2016, CNBC reported that SpaceX and US-based space exploration company Moon Express had spoken about working together, although there were not many specific details on what this potential collaboration might involve. Naveen Jain, the founder of Moon Express, told CNBC: “Elon [Musk] will build the rocket and we do the rover. Essentially, he lays the cables and we do the last mile.”

Moon Express is a commercial space company that was created in 2010 with the goal of winning the Google Lunar X Prize - a challenge that calls for privately funded spaceflight teams to be the first to land a privately funded robotic spacecraft on the Moon, travel 500m, and transmit back high-definition video and images by the end of 2017 (although this deadline has been pushed back before). However, Moon Express has the ultimate aim of developing and mining the Moon's resources, and is the first private company given permission by the US government's Federal Aviation Administration to explore the Moon for resources. 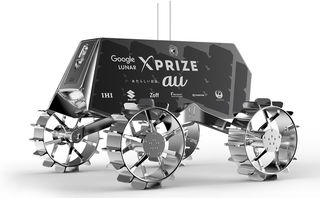 In January this year, the Moon Express said that it had raised US$20 million in private financing. The company has plans to send its MX-1E lander robotic spacecraft to the Moon later this year, which will explore and take pictures of the lunar surface after launching on an experimental Electron rocket.

Bob Richards, CEO of Moon Express, commented: “We now have all the resources in place to shoot for the Moon. Our goal is to expand Earth’s social and economic sphere to the Moon, our largely unexplored eighth continent, and enable a new era of low cost lunar exploration and development for students, scientists, space agencies and commercial interests.”

The company plans to explore the Moon for precious metals, as well as rare metallic elements that are rare on Earth such as niobium, yttrium and dysprosium. Jain told The Guardian last year that he hates the term 'space mining' – he said: “Mining has such a negative connotation, people think you’re drilling a hole and destroying things. This is more like collecting or harvesting.”

Moon Express is not the only company that has sized up the Moon as a potential source of commodities. The private exploration company ispace states that it has “a vision to extend human presence into outer space”, but in order for this to work there would need to be a sustainable ecosystem, so the first step of this is to “utilise space resources and establish an economy in space – starting from the Moon”. It is also competing for the Google Lunar X Prize, as part of Team Hakuto.

In December 2016, ispace signed an agreement with JAXA, the Japanese Aerospace Exploration Agency, to jointly create a roadmap for lunar resource development. Takeshi Hakamada, the founder and CEO of ispace, commented at the time: “Space resource development is attracting a great deal of attention around the world. We think it is important to actively participate in the rule-making and commercialisation while we are technologically competitive globally with our Hakuto project.” 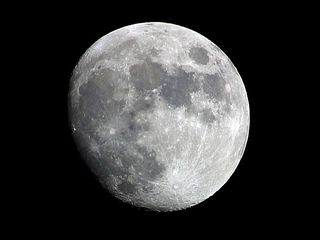 Like Moon Express, its eventual aim is to extract and process resources from the Moon for delivery to customers in cislunar space (between Earth and the Moon). It has a particular focus on water – ispace has highlighted that the Moon has an estimated six billion short tons (5.4 billion tonnes) of water ice at its poles, and that water can be broken down into oxygen and hydrogen to produce efficient rocket fuel. The company says: “With a fuel station established in space, the world will witness a revolution in the space transportation system.”

The company plans to send a rover to the Moon in 2017, with the aim of demonstrating its micro-robotic technology for lunar exploration. In the following decade, the company's objectives include the establishment for a high-frequency transportation service to the Moon as well as exploration missions to map the lunar resources. Its current timeline for these developments is 2018-2023 for prospecting on the lunar surface, and 2024-2030 for production and delivery of resources to its government, institutional, scientific and private space customers.

ispace is not the first company to come up with the idea of using the Moon’s resources as a source of fuel. Dale Tietz, CEO of Shackleton Energy Co, wrote in Mining Magazine in 2013 that the company intended to extract lunar ice as a source of fuel for space vehicles.

Two years later, in February 2015, the company signed a memorandum of agreement to use the International Space Station (ISS) for development and testing of a new payload retrieval system, and a month after that it signed a memorandum of understanding with Norwegian company Zaptec to explore how Zaptec's power infrastructure technology for the oil and gas industry could be repurposed for use on the Moon.

However, these objectives did not appear to go to plan. While the company originally planned a phased project through 2020, it has not given any updates on its progress in a long time. A pinned tweet on the company's Twitter account from February 2015 stated that its Oryx spacecraft would be deployed from the ISS within 24 months, but that deadline has now passed; the Twitter account has not been updated since December 2015, and the company website also seems to be defunct. Mining Magazine attempted to contact the company for comment, but was unsuccessful.

While it is not clear exactly what has happened with Shackleton Energy, it could perhaps be taken as a cautionary tale that while the rewards for getting into lunar mining could be prodigious, the risks of attempting to push the frontiers of mining can be great as well.

Out of this world exploration

Moon mining soon to be a reality