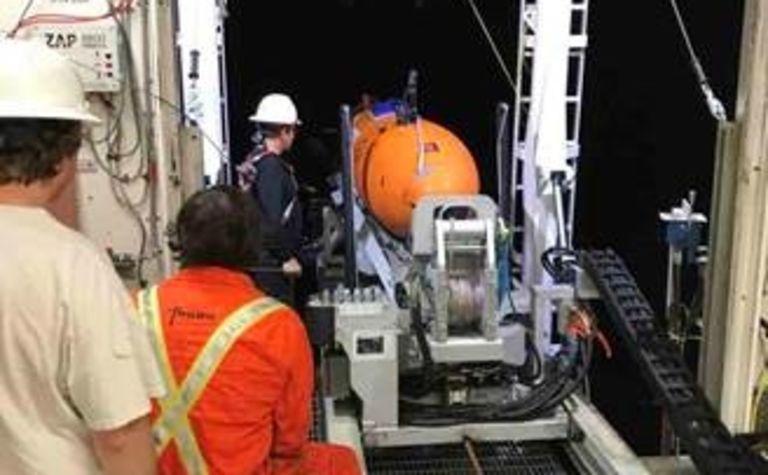 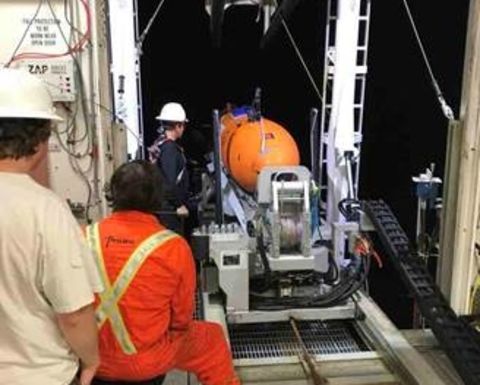 The third of seven ocean campaigns, this one via DeepGreen's research vessel Maersk Launcher, returned to port in San Diego, California, US, on June 4.
Operated by Maersk Supply Services in alliance with DeepGreen subsidiary Nauru Ocean Resources (NORI) for the past two months, the ship carried out extensive scientific and resource surveys within part of a 75,000-square-kilometre area of the Eastern Pacific's abyssal plain, which had been contracted to NORI by the United Nations' International Seabed Authority (ISA).
In its search for deep-ocean metals at a depth of four kilometres, DeepGreen said it can confirm "abundant seafloor polymetallic nodules" that previous analysis said contains essential metals, including cobalt, nickel, copper and manganese.
It had used an autonomous underwater vehicle aboard the Launcher to gather detailed topographic maps of the seafloor, photographs, sub-bottom profiler and side-scan data, creating a map of surface roughness and the potential for an abundance of nodules, which it can now confirm.
Together, DeepGreen and NORI are developing a technology to collect the nodules on the ocean floor and bring them up to process while creating zero waste. 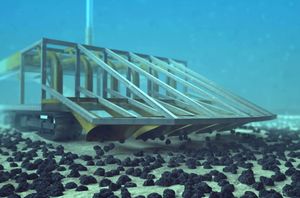 A rendering of the nodule harvesting process

"A race is now on to find these essential metals in the deep ocean," DeepGreen officials said. "DeepGreen and NORI stand out for their commitment to ensuring that their operations are preceded by the necessary science to ensure that the metal for our future can be obtained in an environmentally sound and sustainable way."

Glencore has already contracted with DeepGreen to buy a percentage of the nickel and copper produced from its processing plant; the miner has also invested in the Canadian-based company.

Sales for Finnish machinery producer Metso Outotec grew by 37% in the September quarter.