LKAB in flight on hunt for orebodies

Swedish miner LKAB, along with the University of Münster in Germany and Luleå University of Technology (LTU) in Sweden, recently took to the skies in a survey system-equipped helicopter for a research study the company said will help safeguard its future 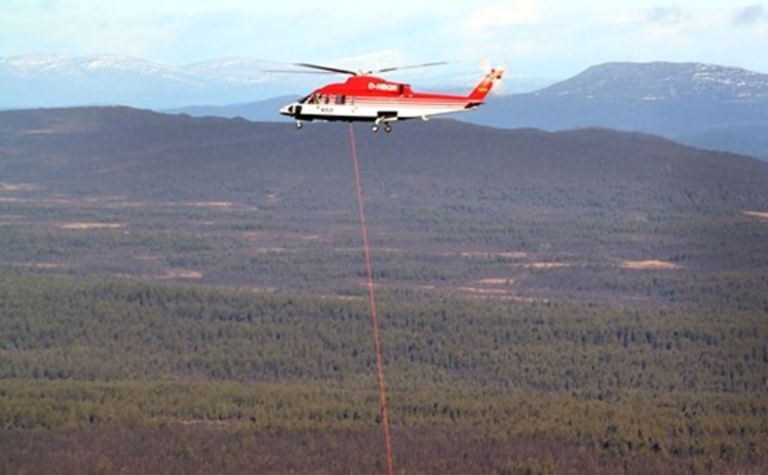 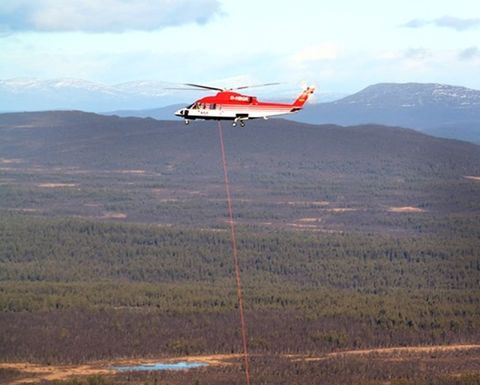 LKAB officials said the helicopter, flying at a height of 90m, took its journey over a week in October around the Kiruna area in the northern region of Sweden, from the Luossavaara area near Kurravaaravägen in and around the Varggropen/Nukutus outdoor leisure area and Lake Tuollujärvi.

In early 2018, the group met about the project in Germany, and planning subsequently commenced.

Two weeks of preparation were needed before the helicopter could take off; cable was laid out at various locations, with iron digging bars placed at each end of the cable for conducting electrical current into the earth.

LKAB geophysicist Niklas Juhojuntti, calling the research unique, noted that the system creates an electromagnetic wave that emits a signal that penetrates the ground. The sensors then capture the signal in the survey system, which is suspended beneath the aircraft.

From that, the project group in Germany will put together a three-dimensional (3-D) model, which will hopefully reach down to a depth of around one kilometre. The survey results will show if there are any electrical conductors, which could be orebodies.

"If this is the case, we will have to drill to find out more precisely what it is. Magnetite is a great conductor," Juhojuntti said. "By piecing together all of the results, we can gain a better picture. From what we've seen so far, all the survey data looks good and provided a clear signal."

The research project paid for the survey, though LKAB managed some elements of the logistics. The key was to determine if the survey methods were feasible at Kiruna, as there aren't as many suitable areas for such work in Germany.

LKAB hopes to use the flights' results to aid it in hunting for new orebodies, which it said could in turn secure its future.

"I'm hoping this method will allow us to detect any indications concerning unknown major orebodies at depth," Juhojuntti noted.

LKAB, which produced 27.2 million tonnes of iron ore products in 2017, is aiming for a 5% increase in production year-on-year until 2021. By that same time, it is also seeking to reduce carbon dioxide emissions by 12% versus 2015 levels.