The third set of UNEXMIN’s field trials, at the inactive Urgeiriça mine in central Portugal, is now ongoing 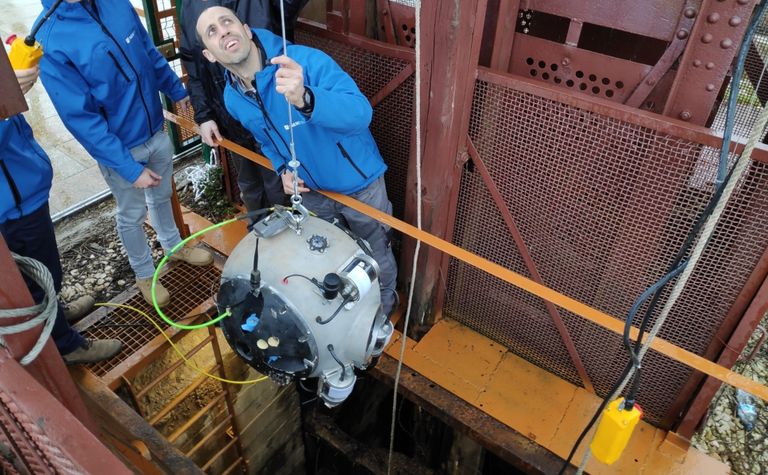 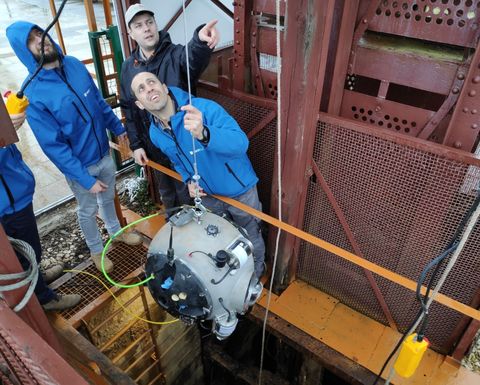 The field trials at the Urgeiriça flooded mine, in Portugal, have finally started

UNEXMIN is an EU Horizon 2020-funded project that is developing a novel robotic system, primarily designed for the autonomous exploration and mapping of Europe's flooded mines. The Robotic Explorer platform, which is made up of three robots - UX-1a, UX-1b and UX-1c - will use non-invasive methods for autonomous 3-D mine mapping for gathering valuable geological, mineralogical and spatial information.

The researchers hope that the project may be able to open new exploration scenarios, so that strategic decisions on the re-opening of Europe's abandoned mines could be supported by actualised data that cannot be obtained in other ways without major costs.

The Urgeiriça mine, located in the Viseu district in central Portugal, was once considered one of the most important deposits in Europe due to the exploitation of its strategic commodities: radium (from 1913 until 1944) and uranium (from 1944 until 1991). In 1967 the mine reached the maximum depth of approximately 500m below ground. The mine ceased its operation in 1991.

The mission objectives for the Urgeiriça field trial are:

After the two previous trials, a lot of revisions and improvements were made to the UX-1 robot on both hardware and software aspects.

The technical teams that operate the robotic system also gained important knowledge with the previous experiments. The second UX-1 robot is currently being assembled in INESC TEC's laboratory in Portugal, and both robots will take part in exploring and mapping the Urgeiriça mine flooded shafts from now until April.