Gold-coated fungi may give clues to deposits 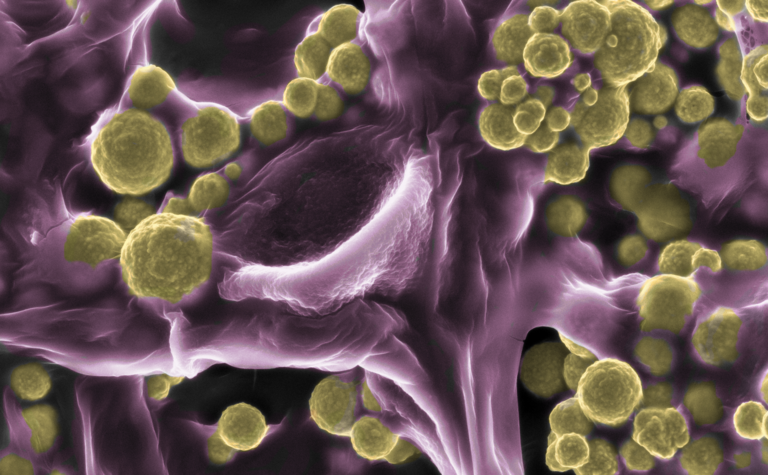 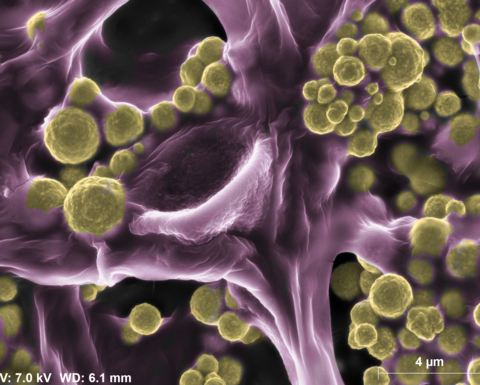 A coloured SEM image of the gold-coated fusarium oxysporum fungi

The thread-like fungi attach gold to their strands by dissolving and precipitating particles from their surroundings, in a process that could offer clues for finding new gold deposits.

There may be a biological advantage in doing so too, as the gold-coated fungi were found to grow larger and spread faster than those that don't interact with gold and play a central role in a biodiverse soil community.

The discovery was made by Australia's national science agency, the Commonwealth Scientific and Industrial Research Organisation (CSIRO), and published in the journal Nature Communications.

Dr Tsing Bohu, CSIRO lead author, said: "Fungi can oxidise tiny particles of gold and precipitate it on their strands - this cycling process may contribute to how gold and other elements are distributed around the Earth's surface.

"Fungi are well-known for playing an essential role in the degradation and recycling of organic material, such as leaves and bark, as well as for the cycling of other metals, including aluminium, iron, manganese and calcium.

"But gold is so chemically inactive that this interaction is both unusual and surprising - it had to be seen to be believed."

Dr Bohu is undertaking further analysis and modelling to understand why the fungi is interacting with gold, and whether it could be an indication of a larger deposit below the surface.

CSIRO noted that Australia is the world's second largest gold producer, and while gold production hit record peaks in 2018, forecasted estimates show that production will decline in the near future unless new gold deposits are found. New, low-impact exploration tools are needed to make the next generation of discoveries.

"The industry is actively using innovative exploration sampling techniques, such as gum leaves and termite mounds, which can store tiny traces of gold and can be linked to bigger deposits below the surface," said Dr Ravi Anand, CSIRO chief research scientist.

"We want to understand if the fungi we studied, known as Fusarium oxysporum - and their functional genes - can be used in combination with these exploration tools to help industry to target prospective areas in a way that's less impactful and more cost-effective than drilling."

The researchers also highlighted the potential to use fungi as a bioremediation tool to recover gold from waste.

While Fusarium oxysporum is commonly found in soils around the world and produces a pink mycelium or ‘flower', it is not something prospectors should go foraging for, as the particles of gold can only be seen under a microscope.

The discovery was made possible thanks to collaboration between CSIRO, the University of Western Australia, Murdoch University and Curtin University.