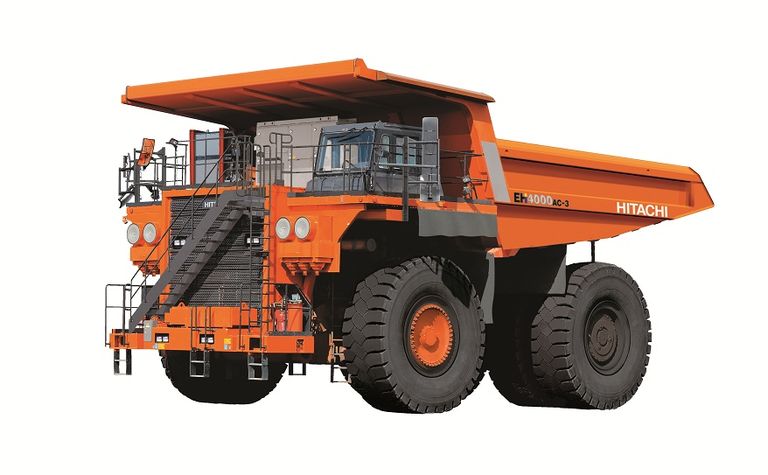 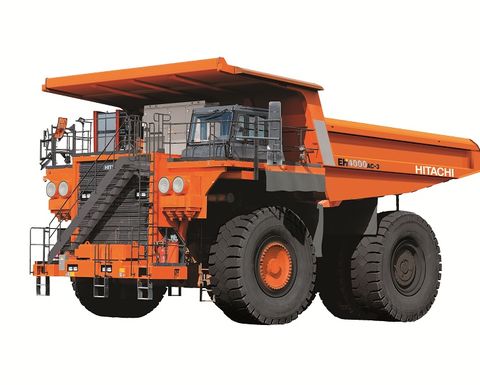 Both truck models are equipped with an AC drive system coupled with a load-responsive IGBT inverter that was developed with Hitachi Group technologies. The Hitachi Drive Control System includes various sensors to provide information on driving conditions; the result is reduced tyre slippage on acceleration and lock-up during braking. The system also prevents chassis oscillation in a front-rear direction and tyre skid while steering.

Hitachi plans to offer two engine choices from different manufacturers- Cummins and MTU- and this option will also extended to the EH5000AC-3 rigid dump truck which was introduced in February 2013. A new evacuator exhaust valve for the engine suction filter and electric grease pump are among the features added to improve daily maintenance.

In the wide-berth cab, which is capable of housing two full-size seats, a large multi-lingual LCD display provides the operator with information and warnings such as travelling speed, engine turnover and hauling performance. Levers and switches for operating the dump body are located in the centre console, making it possible operate it with one hand.

The mainframe's structural design, including the cab support, has been improved based on operating information gathered from Hitachi trucks globally. A temperature sensor has been added to the alternator and drive motor. This triggers an alarm if abnormal conditions are detected and restricts operation to prevent sudden damage to the machine.

Hitachi said it had also achieved a high level of interchangeability for common engine and hydraulic system components used across its AC drive dump trucks and ultra-class hydraulic excavators.

The Hitachi Construction Machinery Group also mentioned that is working to fortify its mining business which is a key part of its mid-term management plan, GROW TOGETHER 2016.

In addition to developing an autonomous dump truck and expanding into key emerging markets, it is also working to improve mine management systems through its subsidiary Wenco International Mining Systems.

Going forward, the company plans to continue strengthening its mining business by working with Hitachi Group companies, including Hitachi Ltd whose strength is in information and communication, and infrastructure technologies.