Bell Equipment has given an insight into the state of development of its larger E-series articulated dump trucks (ADTs), which range from 35-50t 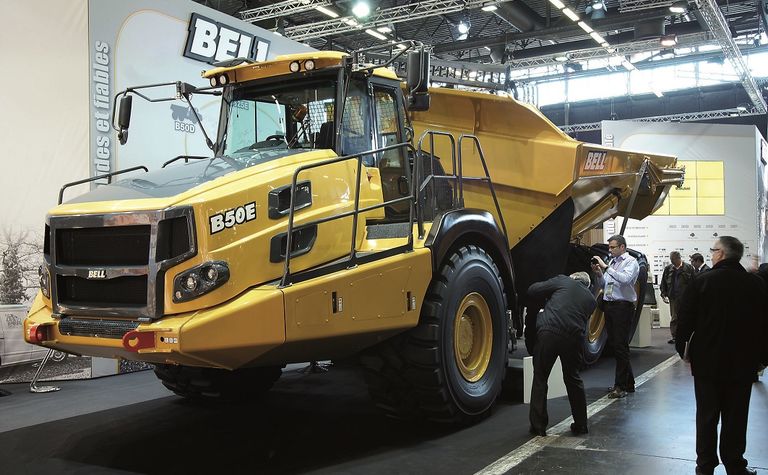 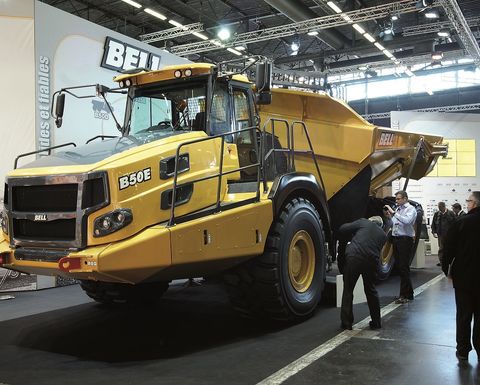 The introduction of four new models is expected in 2016, all of which will be equipped with EU Stage IV/Tier 4 final emission technology without the need for a diesel particulate filter (DPF).

All models are currently powered by straight six-cylinder Mercedes-Benz engines, which according to Bell, have already proved their high fuel efficiency during pre-series model testing. Marc Schürmann, director of European operations at Bell Equipment, said: “Despite slight payload increases through the range, to better meet the needs of a broad variety of applications, we will keep our proven model classes B35/40D and B45/50D.”

At the Intermat exhibition in Paris, France in April, the ADT specialist also shared information about the development of its coming B60E.

Schürmann commented: “As a completely new concept, the B60D introduced last year is proving to be very successful in several markets. In South Africa, mining companies are looking to replace their fleets of 60t rigid trucks with Bell B60Ds, with some deals already concluded.

“The practical experiences of these operations show substantial advantages of the articulated 4x4 over its rigid competitors in terms of all-weather performance and costs. All field testing results are being directly considered during the final development of the Bell B60E. The EU Stage IV/Tier 4 final version is projected to be available in early 2017.”

ICO will be the first US cobalt mine in generations