Allison Transmission will introduce the 6630ORS, its newest Off-Highway Series model, and highlight new applications with Bell Equipment at Bauma 2016 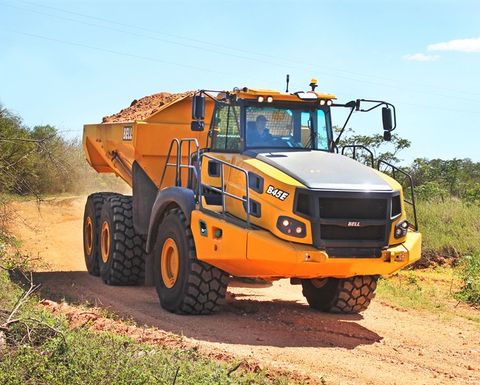 Bell Equipment will showcase the B45E at Bauma

The 6630ORS fully automatic transmission is an evolution of the 6000 Off-Highway Series, offering increased durability and performance, the company stated. It contains a new internal damper and updated torque converter turbine with improved vane geometry and anodised surface treatment.

Responding to growing customer demand for articulated haulers with larger payloads, a 55t-capacity articulated dump truck has been developed incorporating the Allison 6630ORS, which will be on display at Bauma.

Additionally, Bell Equipment will showcase its first B45E with an Allison 4700ORS model, which along with its B40E and B50E models, will be moving from a 6-speed to the 7-speed transmission. According to Allison Transmission, this brings improved gradeability due to the deep first range and smaller ratio steps, resulting in better performance and fuel efficiency. Bell will also present the new B60E articulated dump truck with the Allison 4800ORS model and B30E with the Allison 3500ORS with retarder.

Allison’s booth will feature a MAN TGS 40.480 60W 6x6 mining truck with a 4500 model transmission, which was built for a construction end-user in Russia.