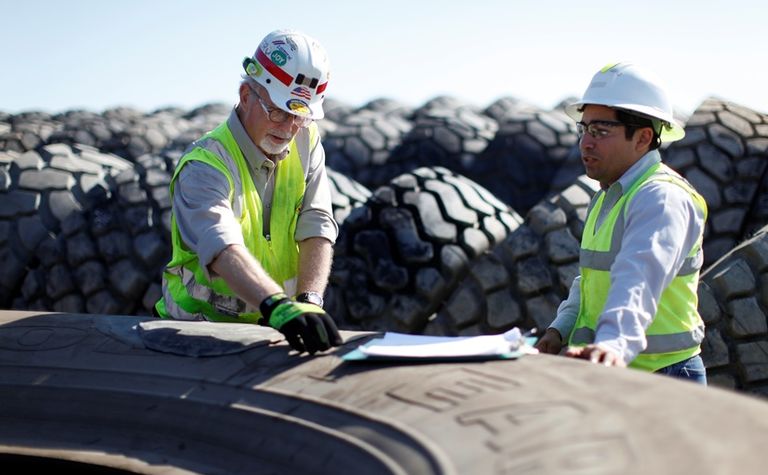 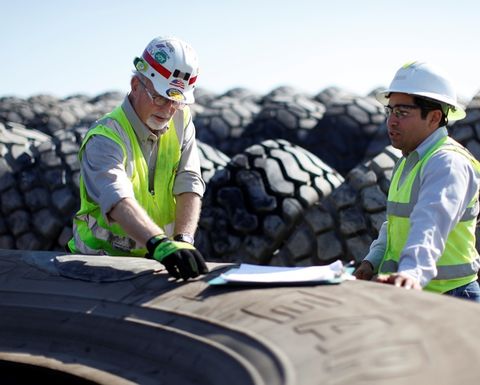 To the layman, tyres can appear to be simple objects that serve a basic function. Mining operations, on the other hand, understand that tyres are incredibly complex, highly engineered products that are very important to equipment productivity.

As mine haul trucks sometimes run in severe conditions while carrying heavier loads, the need to optimise the tyre’s all-around performance increases. At the manufacturing level, this need translates into demand for more complex tyre moulds.

For years, traditional, two-piece tyre moulds, which opened and closed like a clam shell, were the norm. While less expensive and easier to maintain than their more modern, segmented counterparts, two-piece moulds can impose limitations on tyre design due to the way they operate.

Segmented moulds, which are made up of multiple pieces that ‘close in’ on the tyre during the curing process, can remove some of these limitations, and have allowed tyre designers to add more intricate features like sipes and cooling vents that help reduce heat build-up while retaining other performance benefits.

Two-piece moulds will continue to serve an important purpose, but the number of segmented moulds in operation is expected to increase as mining operations demand more complexity from tyres. 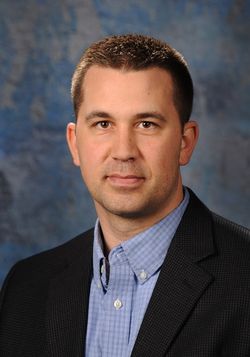 Performance trade-offs have always been part of tyre design.

In the past, when one element of the performance triangle was emphasised, other benefits sometimes took a back seat.
Goodyear is working to minimise this dynamic through a combination of compounding, tread design and sidewall construction – not an easy task when you consider that an OTR tyre can contain up to 100 separate components that must work together as a system.

Nearly a dozen different compounds can be found inside the average 63-inch ultra-large haul tyre, from the tread area all the way down to the tread base. Traditionally, one of the most common performance trade-offs in tread compounding has been cut protection versus cool-running. However, the gap between these two benefits is narrowing with the proliferation of technologies that helps cool the tyre’s crown area without sacrificing wear and cut protection.

Traction is the first performance benefit that many people think about when they hear the words ‘tread design’. While traction and grip remain important attributes, especially for mining operations that wrestle with loose underfoot conditions, the role that tread design plays in heat dissipation has been amplified in recent years. Thanks to segmented mould technology, sipes can be inserted into tread blocks, creating tiny ‘canyons’ of rubber through which air can circulate, helping to cool the crown area while the tyre is rolling. The trick is not to sacrifice traction while chasing cool-running capability.

Simply put, sidewalls help support the tyre so it can carry the vehicle’s load. As such, sidewalls endure a tremendous amount of downward pressure, which forces them to bend, or deflect. When a sidewall deflects, it is more exposed to rocks and other potentially destructive objects.

Sidewalls can be strengthened through compounding, reinforcements and by increasing sidewall gauge or thickness. Another factor to consider is the sidewall shape from the shoulder to the bead. This is important in helping reduce the strains of deflection, rock cutting and heat build-up. 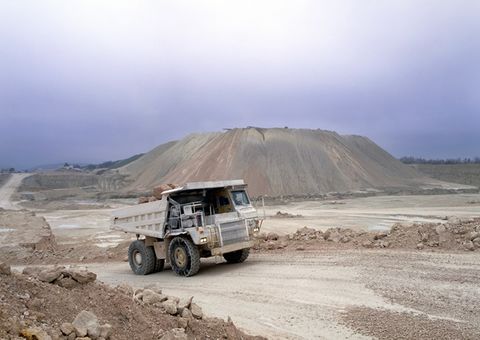 Adjustments made to the above elements can fine-tune a tyre for specific mine-site application demands.

It's also worth noting that tyres, in general, are increasing in size as haul trucks are required to carry even greater loads. The larger the tyre, the more air volume it can hold.

While large haulage tyres probably can’t get much taller, they can get wider, which is why tyre manufacturers are moving toward lower aspect ratios, such as 53/80R63 and 59/80R63, which are considered ‘super-wide’.

It’s all part of responding to the ever-changing needs of mining operations while striving for optimal, all-around tyre performance.