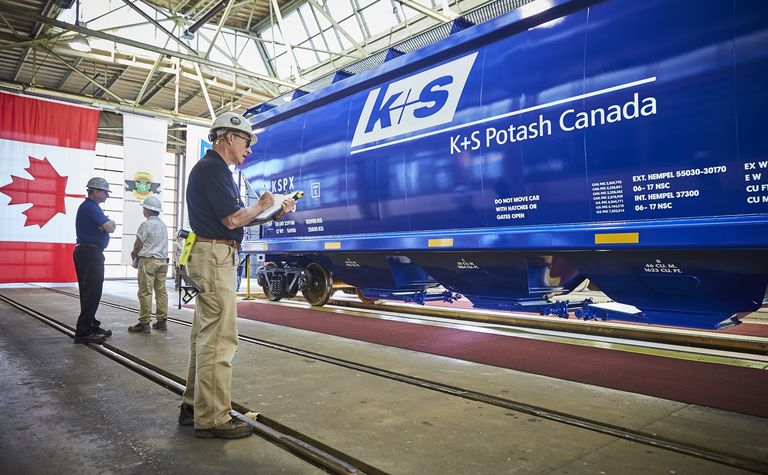 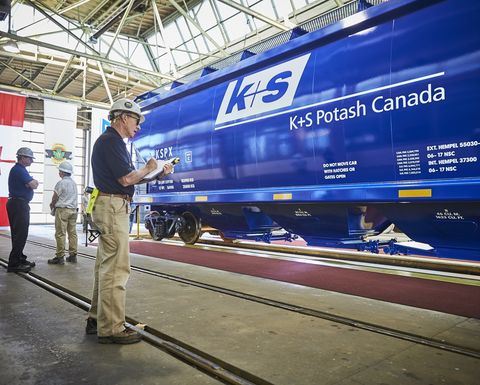 KSPC will take delivery of 200 cars beginning in August, and more cars will be added over the next years. These rail cars will transport potash from the company’s Bethune mine in Saskatchewan to its North American clients.

Martin Brown, president of K+S North America, said: “KSPC’s domestic fleet is one of the cornerstones of our North American logistics network. We have seen enormous interest in potash from KSPC’s Bethune mine, both from new and existing customers, and we are ready to deliver from a rail provider, railcar, warehouse and customer perspective.”

The domestic cars are built to the same state-of-the-art specifications as KSPC’s international fleet, which was delivered by NSC last year. The cars are unique in cubic capacity and car length, optimised to transport potash. A single opening at the top of the car will allow them to be loaded with product while in motion. The distinguishing feature of the domestic cars, in contrast to the grey international fleet, is their K+S blue exterior.

Dr Lamp, president and CEO of KSPC, commented: “The high-efficiency design of these cars is fit for our company’s world-class facility, which was officially opened this spring. After producing our first tonnes of potash at Bethune mine last week, we are thrilled to be preparing to move our product to market.”

Sales and distribution of KSPC’s potash will be carried out through the K+S Group’s experienced and well-established global distribution structures.