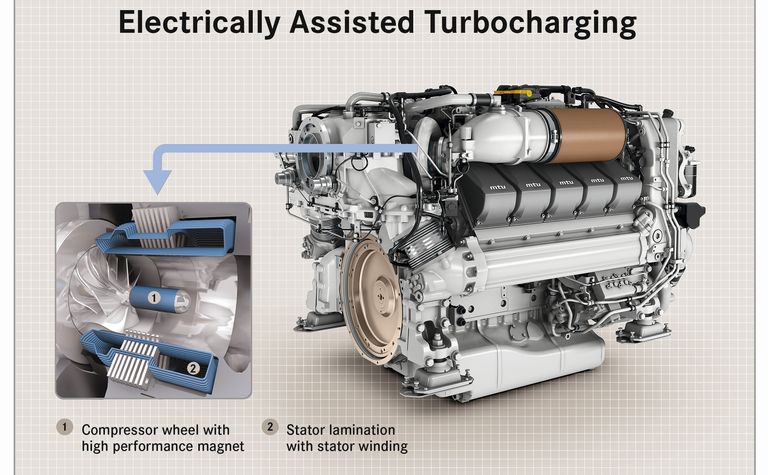 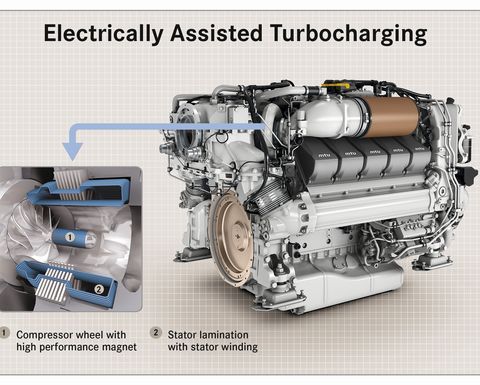 The global group acquired the rights from German engineering services firm G+L innotec. No details of the deal itself were released, though R-R noted that the two have a development collaboration to progress the technology.

Because the invention was patent-protected, it had not previously been available on the market. That will change when the company begins offering it on its MTU brand in 2021 for applications such as land vehicles, ships and emergency gensets across various industries, including mining.

“Electrically-assisted charging is a milestone on the way to the hybridising of the engine,” MTU director of development turbocharging and fluid systems Dr Johannes Kech said.

“Using this technology, it will be possible for us to develop agile, low-consumption engines. MTU and G+L innotec will complete the next stages of development on the basis of a close partnership.”

“In operating conditions, in which the energy required for a faster charge pressure of the turbine would normally not be sufficient, it is also possible to build up with the aid of the electric drive. Using the technology developed by G+L innotec, MTU will be able to increase the acceleration capability of marine engines, for example, and also the load response capabilities of generator drives significantly,” the company said.

Additionally, it will potentially reduce fuel consumption and emissions across different applications.

R-R said the technology is ideally suited for diesel and gas engines.