Market research firm Fact.MR has released its findings regarding the future of compact excavators globally, including a 2.7% rise in the market between last year and 2026 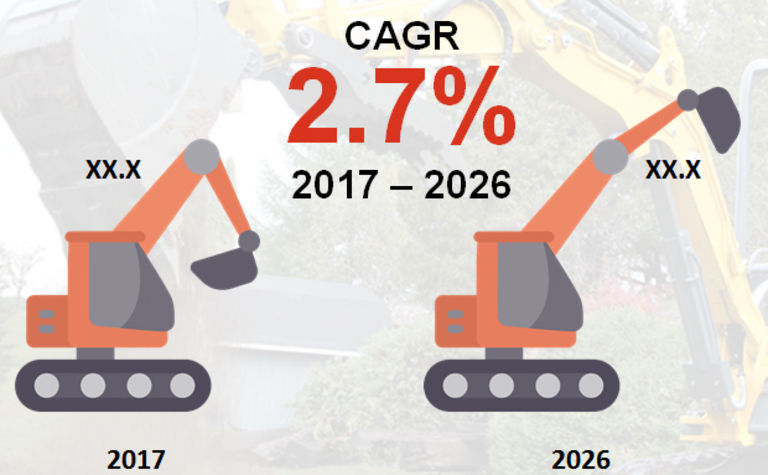 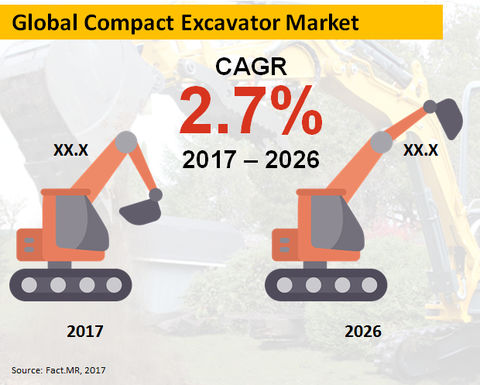 The group, which looked at the outlook across all parts of business including mining, said that maximum use of physical spaces is on the rise, and as those areas become more confined, the process of excavation becomes challenging.

“Manufacturers of industrial vehicles are shifting towards creating compact vehicles,” it said. “This has furnished the manufacturing of compact excavators,” adding that their capability for high-level digging in cramped spaces has fed that demand.

Specifically, the report also found that, through 2026, the Asia-Pacific region excluding Japan (APEJ) should dominate the global market for compact excavators, accounting for more than 40% of global sales. Europe’s compact excavators market, on the other hand, is poised to expand at a CAGR of 2.8% during the forecast period, becoming the second-most leading market with high growth.

“In 2017 and beyond, a majority of compact excavators sold in the global market will be tail swing,” the research group said. “The demand for zero tail swing compact excavators, on the other hand, will gain traction by registering fastest growth in terms of volume.”

In its findings, Fact.MR also noted a surprising statistic: that, by the end of 2026, just 18 billion compact excavators sold in the global market will be powered by electric motors.

Additionally, worldwide, the operating weight class of 4,000-10,000lbs will likely be the leading segment for sales, and construction will emerge as the largest end-use vertical, followed by mining, then forestry and agriculture.

“Manufacturers are working towards improving the maneuverability of compact excavators for creating operational ease,” the firm noted in its report. “Moreover, new compact excavators entering the market are being equipped with advanced function such as autonomous operability and telematics. In addition, several companies…are striving to develop compact excavators with low fuel consumption and reduced noise emissions.”

The factors set to stand in the way of sales growth, however, will be their limited applications due to their operating capacities. Fact.MR cited another recently published report it compiled, which pointed out that demand for compact excavators will witness a sluggish traction in the upcoming years.

A sample of the full report can be requested from Fact.MR here.

Combination will take Proterra into the off-the-road market