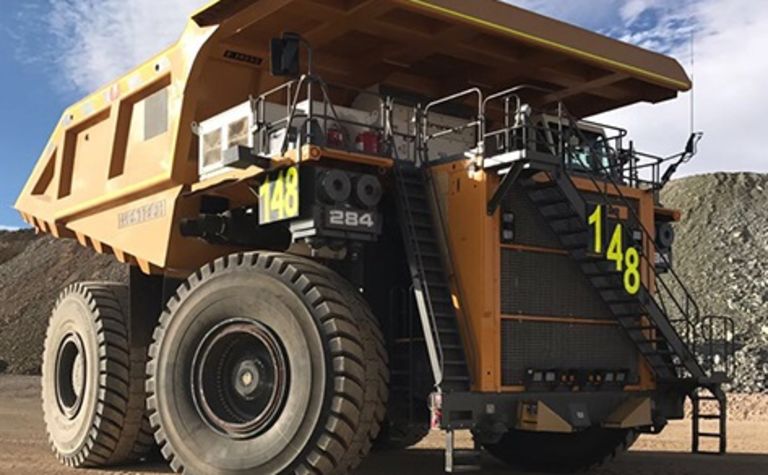 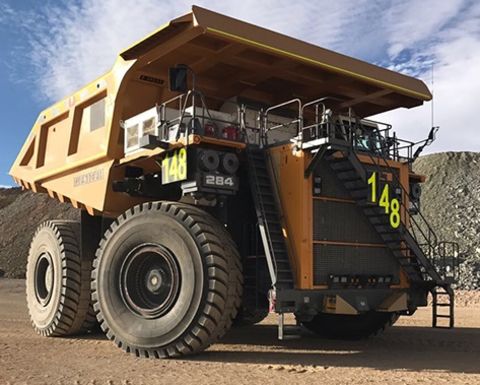 The Liebherr T 284 mining truck operating at the Collahuasi mine

PRESS RELEASE: The truck will complement the existing fleet of seven T 282 C mining trucks at the Collahuasi copper mine, the world’s second largest copper operation that is run by Collahuasi, a joint venture between Anglo American and Glencore.

The company’s industrial installations, along with the Rosario, Ujina and Huinquintipa deposits located in the Pica municipal district of Chile’s Tarapaca Region, form its Cordillera Area. From the Ujina sector, where the concentrator plant is also located, a 203km system of slurry pipelines transports copper concentrate to the Collahuasi Port Terminal in Punta Patache, 65km south of the city of Iquique, from where products are shipped to international markets.

At 4,500m above sea level, the Collahuasi mine is the highest in the region. Unlike its competition, the T 284 is equipped with the Liebherr high altitude kit, allowing the truck to perform efficiently in these extreme geographical conditions, maintaining standard performance of the truck with similar availability and component life as trucks seen around the world.