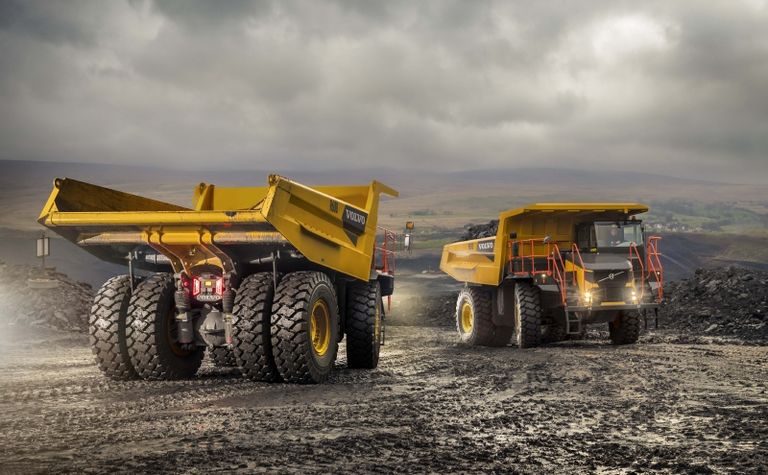 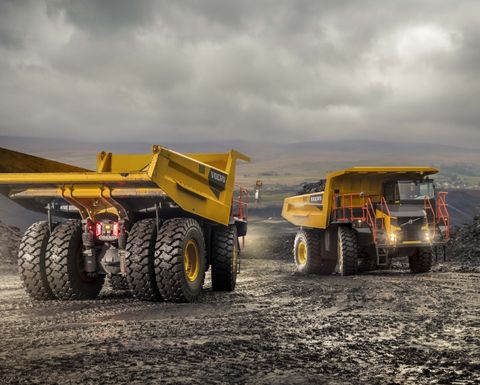 Volvo CE's new machines, which took the stage at the April 10 event, included the 45t R45D, 60t R60D, 72t R70D and the flagship 95t R100E. The R100E, which was available at the launch for test drives, is a completely new rigid hauler combining market and customer knowledge with proven components, new technologies and a new design.

The new four-model range is initially available in less regulated markets, Volvo said. The new haulers have been designed for mining and quarrying customers with a focus on operational costs, safe operations and helping customers achieve production targets faster with less fuel consumption.

"Efficient and intelligent, the Volvo haulers boast a competitive power-to-weight ratio, effective gearing and weight distribution that gives the tractive effort to allow the machines to traverse steep slopes in total control," the company said.

The OEM said that, with customer input being central to the haulers' development, extensive field testing and feedback were important, and it received positive results from the testing.

"We are sure that this truck will be a strong competitor in the rigid truck market in the future," Manungu Colliery site manager Sagrys De Villiers said.

"The R100E is capable of carrying an extra bucket pass compared to other 100t trucks being used on the site," workshop manager Danie van Niekerk added. "This means extra productivity for the mine, which is very valuable. Speed and acceleration of the hauler on inclines compares favourably against competitor machines, even when fully loaded and carrying more material."

"The development of these machines has relied heavily on the long-standing rigid hauler expertise of Terex Trucks, as well as customer input and the technological strength of the Volvo Group." 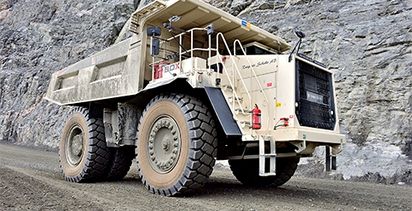 All go at Pogo