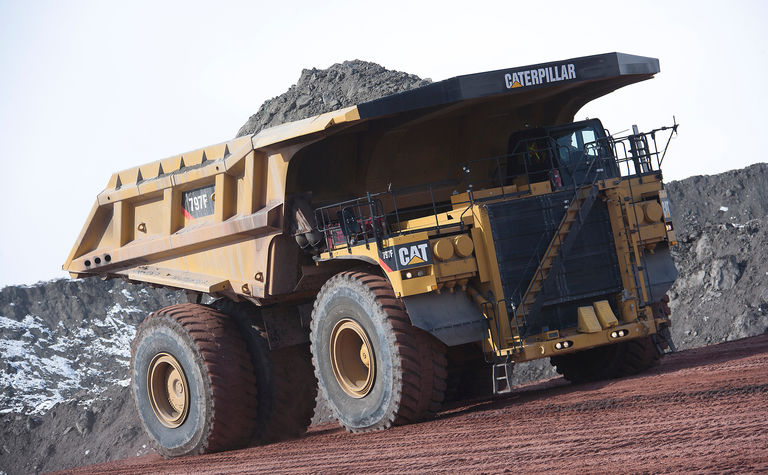 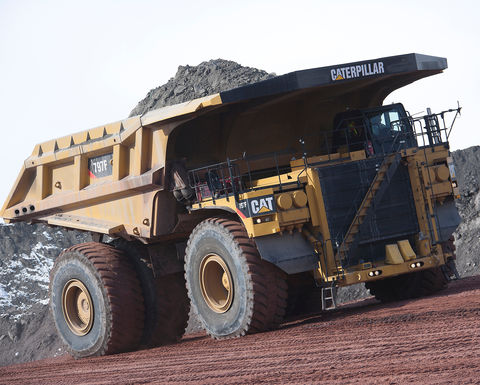 The 797 is the only mining truck in the size class to reach the 1,000 milestone. The first 797 placed in a mining operation was commissioned in 1999 and is still in service - with more than 130,000 hours working in Canadian oil sands. Extended durability has helped the 797 become a mainstay in Canadian oil sands operations. Since that time, the breadth of applications has grown to include copper, coal and iron ore mines - with the largest populations working in North America, South America and Australia.

Sudhanshu Singh, global product manager, large mining trucks at Caterpillar, said: "The 797 has proven its ability to deliver high production in the most challenging conditions - from the extreme cold and soft underfoot conditions of the Canadian oil sands to high altitude, deep pit copper applications in South America. In a broad range of applications, the 797F sets the production standard for ultra-class mining trucks. That's a big reason why there are double the number of 797s at work today compared to the total number of all competitors' trucks in the size class."

The 20-cylinder, quad-turbocharged Cat C175 engine powers the 797F. Producing 4,000hp (2,983kW), the C175 delivers more power for faster acceleration, faster speed on grade and greater productivity. For applications that don't require the highest power, such as the flat hauls found in many coal and iron ore applications, a 3,550-hp (2,647kW) setting is available. A variety of fuel maps are available to balance productivity and fuel consumption, and a Tier 4 configuration is available to meet North American exhaust emissions standards. As with all Cat large mining trucks, the 797F features a complete power train designed and manufactured end-to-end by Caterpillar. 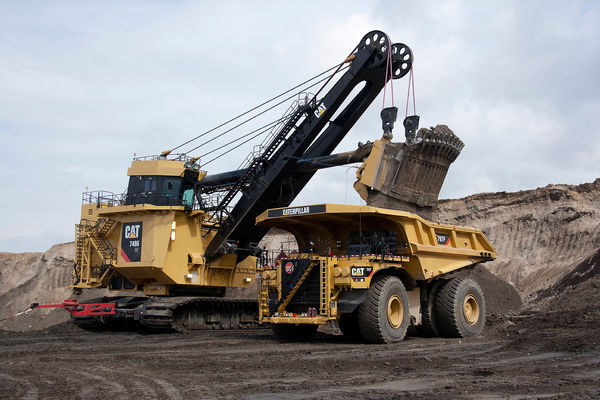 The first cab-less, autonomous mine haul truck is "not far away" according to Caterpillar

Mining's increasing use of microgrids