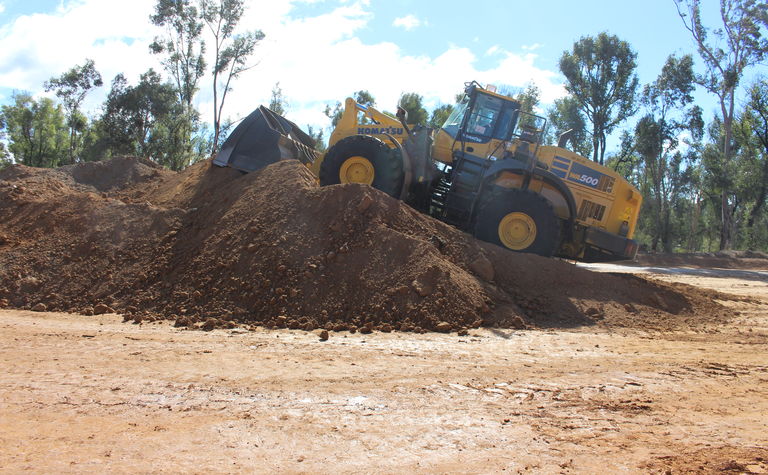 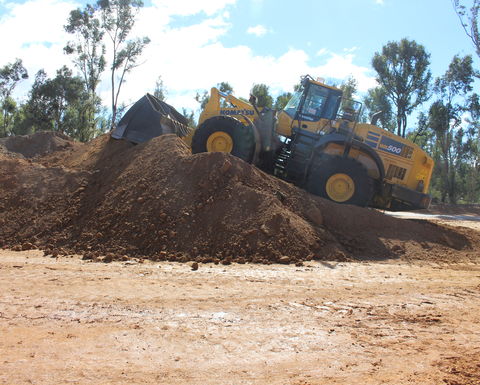 The WA500-8 from Komatsu, designed for production applications in quarrying, mining and construction

Both engines are Tier 4 Final certified, reducing NOx and PM levels by up to 90% compared with their Tier 3 predecessors, and achieving fuel savings of up to 15%, said Richard Feehely, Komatsu Australia's national business manager, quarries.

"This electronic control system constantly carries out high-speed processing of all signals from sensors installed in the engine and the machine, providing total control of all components.

"Engine condition data is displayed on the monitor inside the cab, providing all the necessary operating information to the operator.

"This data is also uploaded via our KOMTRAX telematics remote-monitoring system, helping owners and fleet managers with their machine management along with maintenance and service requirements," said Feehely.

The WA600-8 also features Komatsu's KOMTRAX Plus, designed for production machines, enabling expanded monitoring of a fleet via satellite and wireless LAN.

"With KOMTRAX Plus, users can analyse machine health and performance from a remote location, on a near-real time basis," Feehely said.

Higher productivity and operating efficiency are achieved through the loaders' integrated drivetrain, hydraulics and redesigned bucket.

"A large capacity torque converter, with lockup in second to fourth gears, combined with our SmartLoader Logic engine control system, ensures that engine torque is always precisely optimised to the production task at hand," he said.

"In addition, we've introduced an automatic digging system that actuates bucket tilt and lifting operations by sensing the pressure applied to the work equipment.

"This system helps alleviate operator fatigue while optimising bucket loads."
Other operator assistance features include a remote bucket and boom positioning system for fast changeover of attachments or buckets, and automatic kickdown that downshifts to first gear on entering a pile.

Both loaders are supplied with joystick steering as standard, allowing all steering and forward/reverse travel to be controlled by wrist and finger control to further minimise operator fatigue. Previous models of the WA500 were equipped with steering wheel, which is now an option on the WA500-8.

"For many years, our WA500 and WA600 class loaders have been recognised as leaders in their class in quarry and smaller-scale mining applications, whether in tough face loading work handling virgin or blasted material, or in large-scale stockpile tasks requiring large volumes of material to be handled, loaded and blended," Feehely said.

"With these two new-generation Dash 8 machines, Komatsu has again set the standard, delivering ultra-low emission machines that use less fuel, are easier and less tiring to operate, are more productive, and have lower total owning and operating costs."