At the Julong copper mine in Tibet, 5,500m above mean sea level, MTU Series 2000 engines are currently delivering power to haul trucks from Chinese manufacturers XCMG and NHL 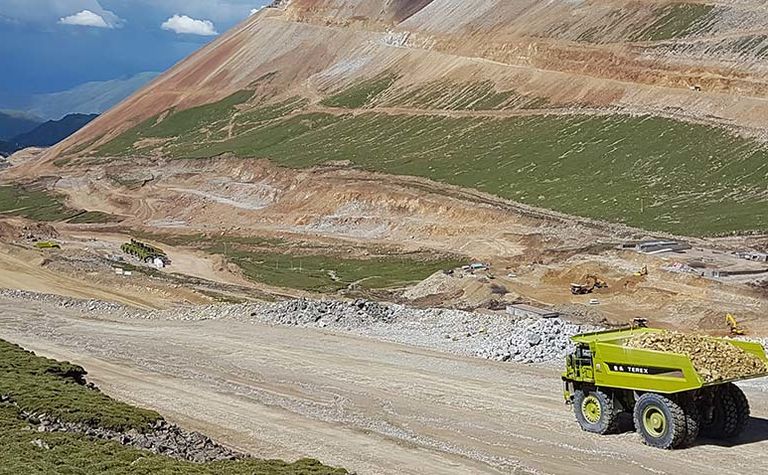 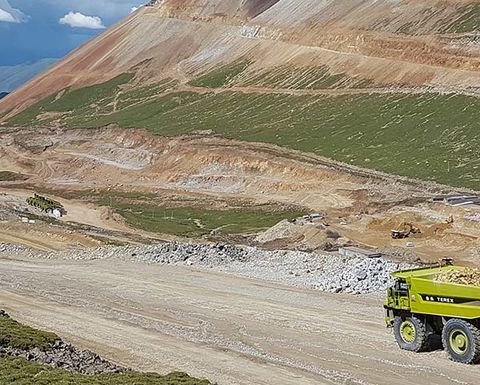 In their very first tests in Tibet a year ago, MTU said its engines demonstrated their altitude-performance capability

In the high-altitude mountain environment, MTU said the engines are still able to operate without a reduction in power.

"We already knew our engines are ideal for operation at altitude, and we specifically set them up to ensure they deliver 100% power under those conditions," said MTU applications engineer Alexander Richter, who conducted commissioning operations in Tibet for haul trucks from both manufacturers.

"The engines' two-stage turbocharging technology is the crucial factor for operation at altitude," explained Richter.

As a result, MTU said, the air is so highly compressed that when it reaches the combustion chamber it again contains all the oxygen the engine needs for combustion. Consequently, no hardware modifications to the engine were needed and MTU engineers simply adjusted the engine control using the ‘virtual engine' facility.

Every MTU engine model has a computerised thermodynamic simulation model validated on the basis of measured data from test stand trials. This enables MTU developers to pre-calculate and program the correct engine control settings for every conceivable set of environmental conditions. These then only need to undergo on-site testing and fine adjustment.

The engines' environmental pressure sensors are especially vital for operation at altitude. These measure barometric pressure to allow the engine control system to select exactly the right performance maps that relate to operation at the appropriate altitude.

"In theory, we knew it would work," said Richter. "Here on site, the engines have to operate at 5,500m, and we had no relevant practice-based data for that. At these altitudes, engines from our competitors have had problems with serious power loss and heavy smoke. Engine damage is frequent. That does not happen with MTU engines."

In their very first tests in Tibet a year ago, MTU said its engines demonstrated their altitude-performance capability. Chinese construction machine manufacturer XCMG tested and commissioned a vehicle powered by a 16-cylinder MTU Series 2000 engine.

The company has already ordered a further ten engines (due for delivery at the start of 2019), and for the last few months another Chinese construction machinery company NHL has been running altitude trials in Tibet involving two MTU Type 12V 2000 C66 mining engines.

"So far, the results have been very impressive," said Richter.

Haul trucks from both companies are now in daily operation, carrying 90t and 110t loads of copper and spoil at the mine.